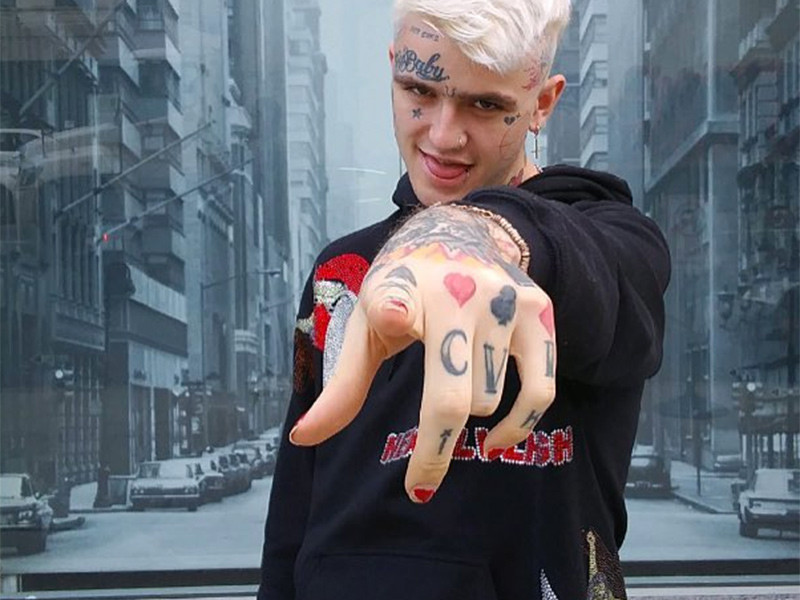 HipHopDX – This week in Hip Hop, 21-year-old emerging rap star Lil Peep passed away. His untimely death from a suspected overdose of Xanax has sparked a much-needed conversation concerning the glorification of drug use and ignorance around mental health issues.

Also this week, XXXTENTACION threatened to sue Quality Control after accusing Migos (or at least their crew, maybe) of jumping him in Los Angeles, and Nicki Minaj attempted to break the internet with her risqué PAPER Magazine cover. Lastly, Eminem fans were upset they didn’t get a new album from him on the rumored release date and didn’t hide their displeasure.

Lil Peep passed away of a suspected Xanax overdose ahead of his Tucson, Arizona show on Wednesday (November 15). It was heartbreaking news for his fans and friends.

Ty Dolla $ign, Juicy J, Erykah Badu, Lil Pump, Lil Uzi Vert and Wiz Khalifa are among those who paid tribute to the 21-year-old “Benz Truck” artist. While Peep’s longtime producer BigHeadOnTheBeat was in the process of getting clean and publicly tweeting his progress before Peep died, Lil Uzi Vert also joined in and announced that he’s attempting to go sober.

Sober 2 day I have been shaking.

I have been cursing my love ones out and fighting

In the studio with no thoughts in my head

Teeth biting down because I just wanna be angry at something ……

Peep’s breakout single “Benz Truck” is just a slice of what the New York-born artist had to offer. Often working with his friend Lil Tracy on their Castles series and other popular SoundCloud cuts, Peep’s star steadily rose. He was featured front row during the men’s Balmain New York Fashion Week show this year and toured across the globe.

XXXTENTACION Gets Jumped By Migos, But Not Really

#xxxtentacion posts video of #takeoff from the Migos

XXXTENTACION got on social media on Monday (November 13) claiming he was jumped by Migos and showed a clip of Takeoff taking off up a flight of stairs allegedly to get away from the Florida rapper.

When the actual video(s) surfaced it was hard to pinpoint if it was actually the Atlanta trio roughing him up or just some random guys with dreads. Eventually, it became more clear that it was probably members of Migos’ entourage, at least in the footage that emerged. But in the middle of X telling everyone that Migos put hands on him, he threatened to sue Quality Control before eventually reaching out to apologize to Takeoff.

Regardless of the specifics, Hip Hop Twitter mostly rejoiced, chalking the beatdown up to karma for X allegedly beating up his ex-girlfriend.

Read more about the story here.

BTW, this is our new cover. #BreakTheInternet cc @NickiMinaj

Former Ruff Ryder and self-proclaimed pitbull in a skirt, Eve, wasn’t a fan. During her first appearance on Wednesday’s (November 15) episode of The Talk, the former stripper says that it’s something that she just wouldn’t do because there are young girls who look up to her.

Why doesn’t anyone say anything when Minaj is covered up in magazines, like for her spread in T Magazine? HipHopDX explores this notion here.

Many Eminem fans were expecting Revival to arrive on Friday (November 17) and were left disappointed when it didn’t. “Walk On Water” featuring Beyoncé is here though, as well as the rest of Slim Shady’s discography. And while fans are still waiting on Revival, Em is waiting on President Donald Trump to respond to his BET freestyle.

And if you missed it, Eminem performed on Saturday Night Live with Chance the Rapper as the host.

Watch highlights from that episode, including Eminem’s performances, here.

Lots of new music dropped last week and a lot of it was great. Check DX’s reviews below.

CyHi The Prynce — No Dope On Sundays

Oddisee & Good Company — Beneath The Surface

Vic Mensa: “The Powers That Be Want Meek Mill To Be A Slave Of The State”

HipHopDX got a moment to speak with the always astute Vic Mensa and he had some strong words about Meek Mill serving a few years for violating his probation.

“The powers that be want Meek Mill to be a slave of the state. Point blank, period,” Mensa told HipHopDX. “Let’s not forget that a fat cat in a tall building gets paid off of every inmate. In many ways, they’re still privatized prisons all across this country. There’s prison labor being used to produce everything from Starbucks cups to pencils. And slave laborers, you know what I’m saying? And they want Meek Mill as a ward of the state.”