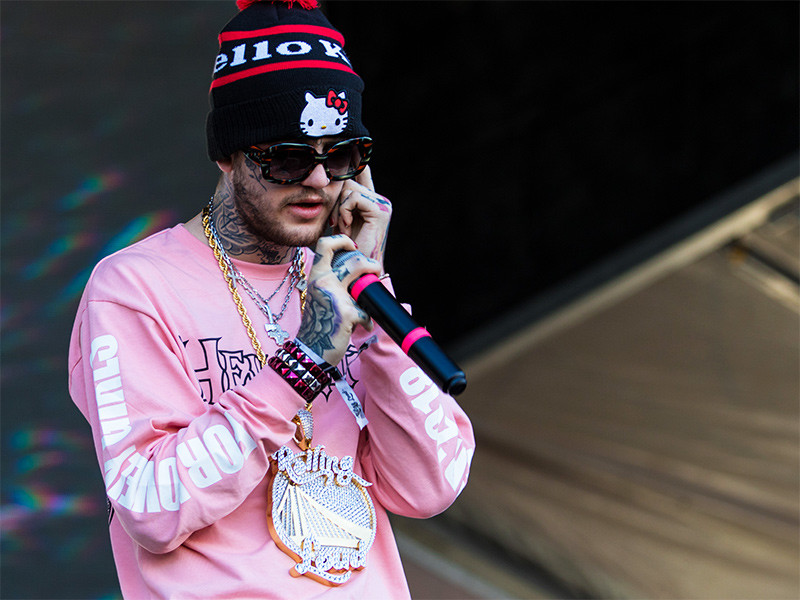 Who Exactly Was Lil Peep?

An outpouring of emotion erupted all over social media Wednesday night (November 15) when Lil Peep’s passing was announced. According to the New York Times, a spokesman for the Tucson Police Department said officers found evidence suggesting the 21-year-old emo rapper died of a Xanax overdose, which to many of his fans, seemed like it could be a tragic inevitability.

With his massive “Cry Baby” tattoo inked across his forehead, his penchant for drugs, and his dark, lyrical content that often touched on depression, the native New Yorker was like a walking cry for help.

During his brief life, the burgeoning artist earned the respect of countless musicians who tweeted about him after his death, including Blink-182’s Travis Barker, Diplo, Lil Yachty, Post Malone and Juicy J. His debut album, Come Over When You’re Sober Pt. 1, was released in August and he was seemingly on the path to a fruitful career.

But who exactly was Lil Peep?

Born Gustav Ahr in Long Island, New York on November 1, 1996, Peep was raised by a college professor father and school teacher mother. He got his moniker from his mom, who used to call him Peep.

In an interview with Noisey, he explained, “My mom has been calling me Peep my whole life, that’s how I got the name. I don’t know why … She tells me I look like a ‘little peep’ but I don’t really know what a ‘peep’ is. She’s a first-grade teacher and she was doing all this home school type shit. She had me raising little birds when I was a kid, so I was raised with ducks and chickens. I’d keep them in my bedroom. That’s my whole childhood.”

After dropping out of high school, he moved to Los Angeles to pursue a career in music. He’d hole up in his bedroom in an apartment on Skid Row, one of L.A.’s roughest neighborhoods, where he’d record his music. He told the New York Times that everything he did in that apartment was an “absolute blur” and he’d start recording when he was “high enough to hear something and get inspired.”

Drugs were a regular factor in everything he did, something he didn’t shy away from discussing. In what would become his final interview, which he did with Beats 1, the openly bi-sexual rapper opened up about his relationship with anxiety.

He also explained how his music has been touching other people’s lives.

“They tell me all the time that it helps them to stay alive and stops them from committing suicide and stuff like that,” he said. “I’ve seen hundreds of Lil Peep tattoos on people, so these people are really dedicated and devoted, pretty much, their lives to my music and it’s pretty crazy. It blows my mind, but I love it. It’s a great thing and if it’s helping people, that’s why I’m doing it.”

As a member of GOTHBOICLIQUE — a collective of rappers, songwriters and producers — he would routinely work with former member Lil Tracy who popped up on “Awful Things” from Come Over When You’re Sober Pt. 1. Prior to that album, he’d released a handful of mixtapes, including 2016’s Crybaby and Hellboy. He eventually garnered a massive following on SoundCloud, and helped usher in the distinctive rap style associated with the platform.

One of the most telling videos of his career was “The Brightside,” another song from Come Over When You’re Sober Pt. 1. The hook repeats, “Help me find a way to pass the time/ Everybody’s telling me life’s short but I just want to die.”

The heavily-inked rapper also had a tattoo above his left eye that read, “Die Young,” an eerie premonition of what was to come.

“I do not believe Peep wanted to die,” publicist Sarah Stennett said in a statement. “He had big goals and dreams for the future which he had shared with me, his team, his family and his friends. He was highly intelligent, hugely creative, massively charismatic, gentle and charming. He had huge ambition and his career was flourishing.

“I have spoken to his mother and she asked me to convey that she is very, very proud of him and everything he was able to achieve in his short life. She is truly grateful to the fans and the people who have supported and loved him.”