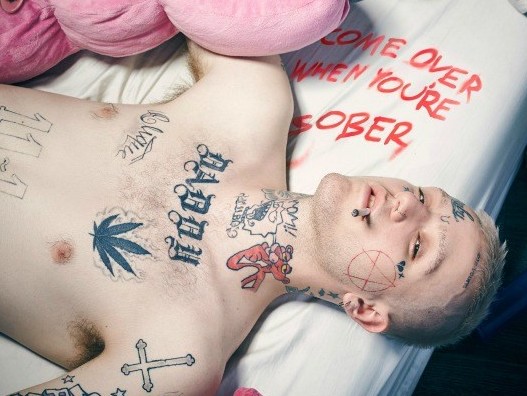 New York native Lil Peep has dropped Come Over When You’re Sober (Part One) ahead of schedule. Although the seven-track EP was initially scheduled for an August 11 release, the date was pushed back to September 1, but the tattoo-laden rapper apparently decided to deliver the album two weeks earlier than expected.

Lil Peep has picked up some buzz after the release of his 2015 mixtape, Lil Peep Part One. Since then, he’s released several projects, including collaborative efforts with Nedarb Nagrom and Lil Tracy.

Come Over When You’re Sober (Part One) features the lead single “The Brightside.” The 20-year-old indie artist just wrapped up a tour in support of the EP, which ended on August 16.