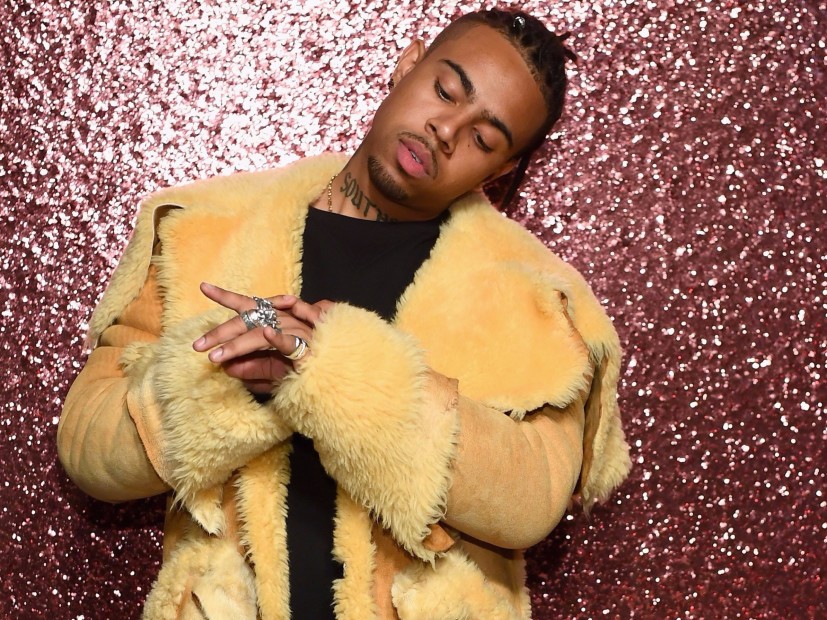 Vic Mensa: "The Powers That Be Want Meek Mill To Be A Slave Of The State"

The Roc Nation artist, who is currently touring in support of his debut studio album The Autobiography, has always been vocal about his stance on a variety of socio-political issues — from gun control to the Flint water crisis. Like many Hip Hop fans, the news of Meek’s sentence shocked the Chicago rapper, but he’s convinced it’s simply a part of a bigger picture.

“The powers that be want Meek Mill to be a slave of the state. Point blank, period,” Mensa told HipHopDX. “Let’s not forget that a fat cat in a tall building gets paid off of every inmate. In many ways, they’re still privatized prisons all across this country. There’s prison labor being used to produce everything from Starbucks cups to pencils. And slave laborers, you know what I’m saying? And they want Meek Mill as a ward of the state.”

The case has caught the attention of everyone from JAY-Z to the FBI, which has reportedly been investigating Genece Brinkley, the judge who sentenced Meek. Mensa believes the fact the judge is an African-American woman adds more complexity to the case.

“What’s even more convoluted about it is that the judge is a black woman,” he said. “But this is nothing new … That’s a common function of neocolonialism. The colonized and the oppressed will begin to identify with the oppressors. That’s just classic Stockholm Syndrome type shit, but it is twisted.”

As Meek and his lawyers continue to fight for his release, Mensa thinks there’s “definitely an appeal” on the horizon.

Elsewhere, Mensa is busy focusing on his own path. His most recent video, “Rollin’ Like A Stoner,” touches on his struggles with addiction, something he explains is just “a part of his life.” To him, it’s an indicator of mental health and something he thinks needs to be reformed.

“I 100 percent think that the stigma [around mental illness] is lessening, but it still needs to be introduced in a major way,” he said. “We doing Wall Street, and everybody and their family of CEOs sees a therapist. Everybody down to the dog, you know? But I don’t know one — not a family, not an individual — from the hood that sees a therapist.”

Mensa has been vocal about his experiences with his own depression and wants his music to be a vehicle for healing. On The Autobiography, mental illness and drug addiction are consistent themes throughout. If he’s open about it, he hopes it will help other people.

“Considering how we’re really grappling with this whole this opioid situation, I do think that shedding some honest light on drug use is important,” he said. “Americans of all races, religions and ethnic backgrounds are dealing with addiction, and I wanted to address that honestly and candidly on my album.”