Review: Chris Brown’s "Heartbreak On A Full Moon" Is An Indigestible R&B Overload 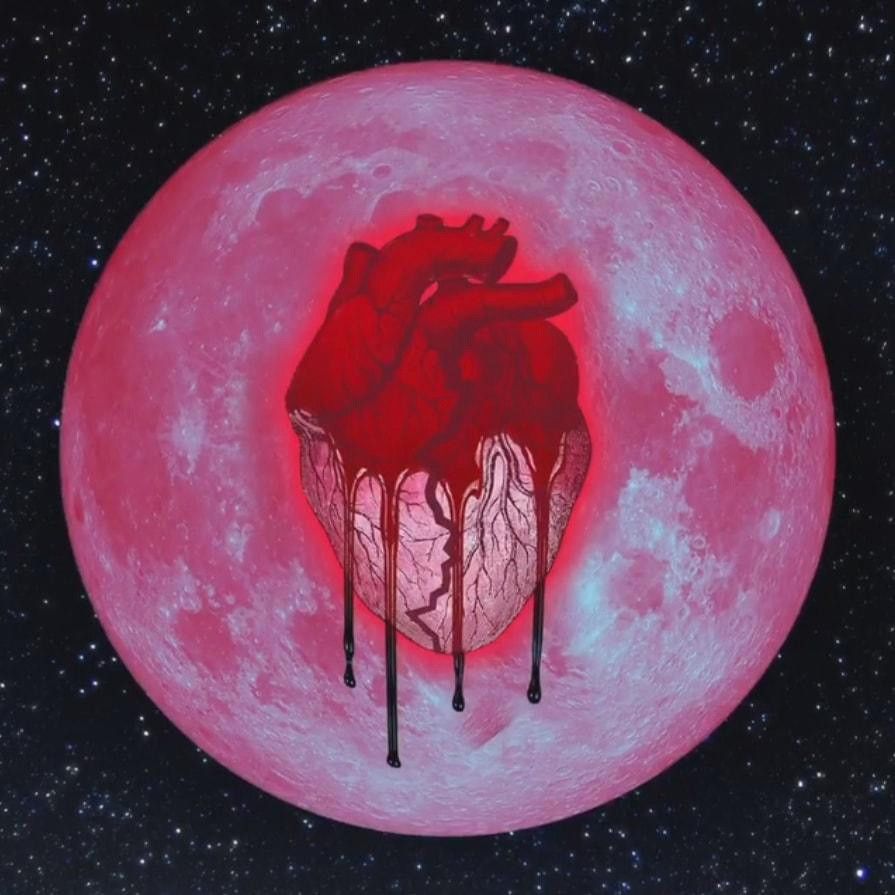 One thought that comes to mind when diving into “Lost & Found,” the first track on Chris Brown’s intermittently long, 45-song double album Heartbreak on a Full Moon, is how inconceivable it is that there’s still two hours and 38 minutes left before sunrise. Dropping a massive project in these times feels like a questionable move for Breezy, seeing as his current career status could definitely use a dose of quality — as opposed to quantity.

In fact, there hasn’t been much quality output from Brown in a few years. His recent albums, while producing classic singles such as the anti-cheating anthem “Loyal” (2014) and the intoxicating blend of lust and love heard on “Liquor” (2015), have been spotty at best and failed to provide any artistic consistency for the once-esteemed R&B star. Heartbreak on a Full Moon’s 45-song tracklist might have seemed like the necessary lifeline he needed but the enormity of the project flatlines the listening experience.

Brown is a hitmaker – or at least, he used to be. His albums aren’t necessarily championed for being great front-to-back listens but he does get deserved credit for churning out a hit or two within the confines of said album’s tracklist. With a whopping 45 swings at the bat to land a hit, the Usher and Gucci Mane-assisted track “Party” is the new album’s best chance of claiming a legacy.

Although the record has surpassed the 175-million view mark on YouTube, the fact it was released almost a year ago doesn’t scream out “project highlight.” There are a few more designated singles, like the monotonous crew cut “Pills & Automobiles,” and  “Questions,” which is just a lazily written pseudo-cover of Kevin Lyttle’s 2003 pop-reggae hit “Turn Me On.”

The next best bet for making a splash on streaming services’ respected urban playlists comes in the form of “High End” featuring Future and Young Thug. The Richie Souff production helps Breezy fit in well with the Super Slimey duo who all take turns trading directionless Auto-Tuned flexes.

Amid the half-hearted rapping attempts (an attribute he’s brandished in mixtape form in the past), his singing voice remains his greatest asset. There is no denying the technical flawlessness of his voice, but even those perfect pipes can’t save the lifelessly formulaic songwriting.

The most obvious example of this redundancy appears toward the end of disc one where a string of four songs roll into each other in such a blurred way that it’s hard to differentiate them. The yearning trap croon of “To My Bed” is identically continued on “Hope You Do,” while “This Ain’t” and “Pull Up” have indistinguishable song structure and drum patterns. It doesn’t bode well for an album when a 15-minute chunk of music could have been summed up in a four-minute song.

It’s truly hard to look past the fact this double album nears the three-hour mark — especially when its biggest takeaway is Brown’s obsession with stealing girls away from other guys and overdramatic “baby” murmurs.

If listeners have enough time to sift through all the music on here, they might find some half-decent deep cuts to get up and two-step to … but getting to that point takes more work than the actual music deserves. In an age where attention spans wear thin, 45-song albums are downright unacceptable, even if you’re Chris Brown.