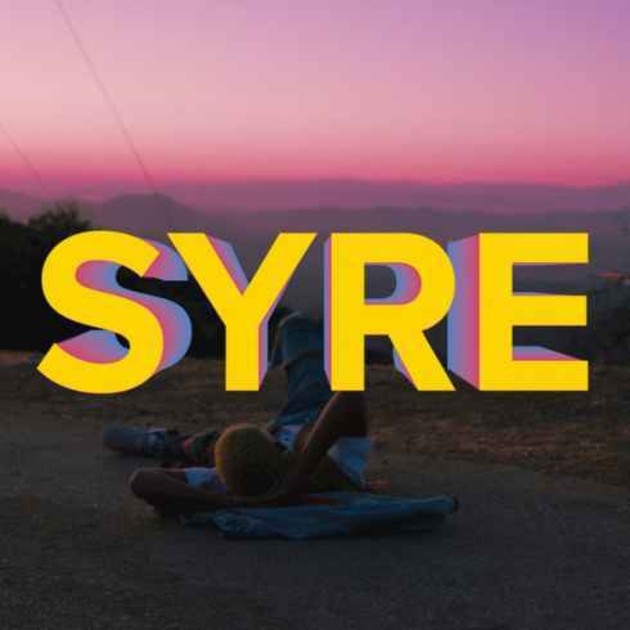 Jaden Smith made a major splash with a 2014 New York Times interview that proved to be both unusual and enlightening at the same time. The then 16-year-old artist talked about the existence of time, prana energy and finding a higher consciousness. It was clear from the jump that he was no ordinary teenager.

But was that option ever really possible? With The Fresh Prince — otherwise known as actor Will Smith — as his father and actress Jada Pinkett-Smith as his mother, Smith’s life was bound to be unique from the moment of conception. Now 19, his maturity shines through on his debut full-length album, SYRE.

Full of soaring harmonies and dark, moody production, the first four songs, “B,” “L,” “U,” and “E,” slowly build before erupting into meticulously layered rock-infused ballads sewn together by a tender delicateness. Smith passionately raps about love, relationships and heartbreak, with an on-point delivery that flows like a gift from God — or his dad (maybe both).

One of two features on the 17-track project comes from A$AP Rocky on “Breakfast,” which instantly switches up the vibe. Rather than an introspective Smith, we get a strange mix of bravado and humility, especially with the nod to Kendrick Lamar (which is just one of many on the album).

“You don’t deserve my respect/ When I talk to Kendrick, man I sit on the ground,” he spits. He goes on to casually mention the Illuminati and how all these other rappers are just a “nuisance.” Mid-song, it veers completely in another direction and morphs into a seemingly different track with Rocky providing an eerie interlude. The song also properly introduces Syre, who seems to be a young man on a mission. An ominous voice ends the song with, “So you think you can save rap music?,” perhaps defining Syre’s objective.

Moments later, the six-minute, politically-charged “Hope” kicks off, leaving the listener wondering what’s next for the story’s protagonist. As Smith wrestles with the idea of selling his soul (“No, no, no/ Never sellin’ my soul), he continues painting pictures like he’s writing a poem.

Album highlight “Falcon” is no exception. Coupled with Raury’s soulful singing, the track shows Smith’s ability to constantly keep his listeners guessing as he flips from more trap-flavored production to simplistic song structures.

This pattern of flip-flopping from high octane tracks like “George Jeff” to the quiet album closer defines the record. It’s like Dorothy in The Wizard of Oz, when she’s swept away by a F5 tornado and plopped down in an entirely different, magical world. The stark contrast between each song keeps the ambitious effort exciting and unpredictable.

The title track easily serves as the project’s defining moment and essentially sums up the album’s thesis. Syre, as Smith describes, is like a “beautiful confusion,” the story of a boy who’s stumbling along the path to enlightenment.

One of the project’s glaring weaknesses is that it might be almost too deep and complex. A lot of the otherworldly iterations might make it difficult for some of his peers to grasp, especially if you don’t have the time to properly digest it. SYRE requires patience, a thorough listen and acute attention to detail otherwise it’s just going to sound like a strange pontification on existentialism that the casual listener simply doesn’t have the time to decipher.

While Syre is a kid who’s floating around in limbo, Smith has seemed to have found his footing.