Review: CyHi The Prynce Carpes The Damn Diem On "No Dope On Sundays" Debut 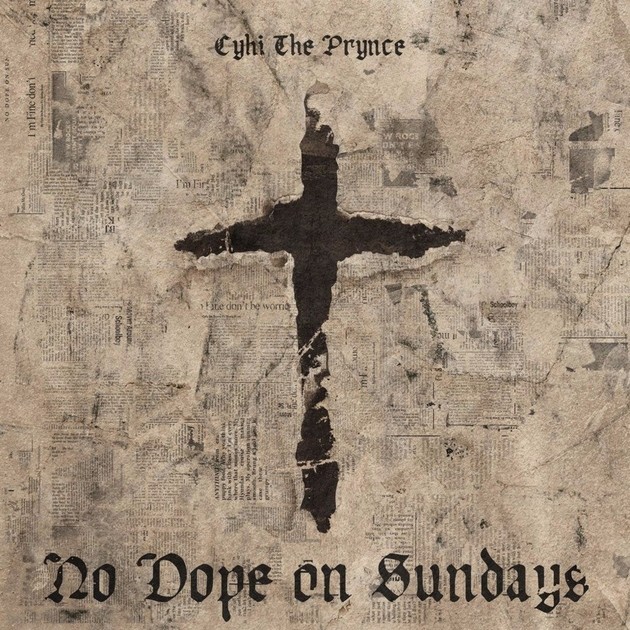 CyHi The Prynce was in a dreaded spot for any rapper: debut album purgatory.

He was quickly approaching the point of no return, in danger of becoming the next Saigon or Papoose — a highly touted MC (thanks to his contributions on Kanye West’s 2010 magnum opus My Beautiful Dark Twisted Fantasy) whose album arrived long after most people cared. It certainly looked like CyHi had been relegated to the mixtape circuit, pigeonholed as nothing more than a valuable writer for Yeezy and the G.O.O.D. Music team.

Coming off the bench for the Golden State Warriors isn’t a bad gig but most rappers dream of being Steph Curry or Kevin Durant. CyHi’s debut album, No Dope On Sundays, is the career arc-changing trade to a team willing to put him in the starting lineup. As he told the #DXLive crew, the conceptually-driven solo LP is his “first time to put numbers on the board” following his 2015 departure from Def Jam.

The title is a clear reference to church and the music is his sermon. But this isn’t gospel rap. Instead, he explores every aspect of his upbringing, comprehending his fortune in making it out the streets and noting how some peers weren’t so lucky.

In a rap landscape where the grim realities of street life are often trivialized, CyHi is a throwback to Southern Hip Hop legend Scarface, sharing a similar penchant for brutal honesty. Glorification is absent, even when recalling his successes in the drug game because the consequences are omnipresent. The somber vibe of “Don’t Know Why” or the soulful production of “80’s Baby” create perfect canvases for these reflections as Cyhi concocts building-sized murals of his experiences with each verse.

As real as it gets, CyHi avoids making the entire narrative dour. Messages of hope and a slight tonal shift in the LP’s middle sequence break up the heavier content. He adds levity to the proceedings by teaming up with Kanye West to dismiss haters on Edsclusive’s piano-driven banger “Dat Side.” And he kicks pro-Black motivation on the anthemic boom bap of “Nu Africa” produced by S1, Epikh Pro and Mark Byrd.

No Dope On Sundays, most importantly, expands his artistry to show he’s more than a lyrical dynamo. It’s not always crisp, particularly when he strains his vocals on occasion, but it shows a willingness to challenge himself in the studio beyond penning meticulous bars.

Avid fans of CyHi don’t need to worry about him sacrificing any lyricism though. The opener, “Amen,” shows exactly why his pen game is so celebrated. “Varsity in two sports, my reputation preceded me/ But the trunk PAC 10, so I never played collegiately/ BIG 12-gauge to WAC a nigga in the SEC,” he raps on the jaw-dropping first verse.

While this is a breakout performance for CyHi the solo artist, he still shows why he’s been so useful behind-the-scenes when paired with guests. He plays to the strengths of everyone from Travis Scott to Pusha T, complimenting melodic Auto-Tuned crooning as well as he does tour de forces of rhyming.

No Dope On Sundays is the culmination of a long journey that’s defied the odds. Rappers typically don’t get a second chance and all indicators pointed at CyHi’s destiny being nothing more than a role player. But he refused to accept this notion and delivered in a major way. CyHi has truly realized the potential that first got him noticed by Atlanta mainstay DJ Greg Street in the late 2000s and helped him land a deal with Kanye in 2010.

This is what happens when talent meets opportunity.