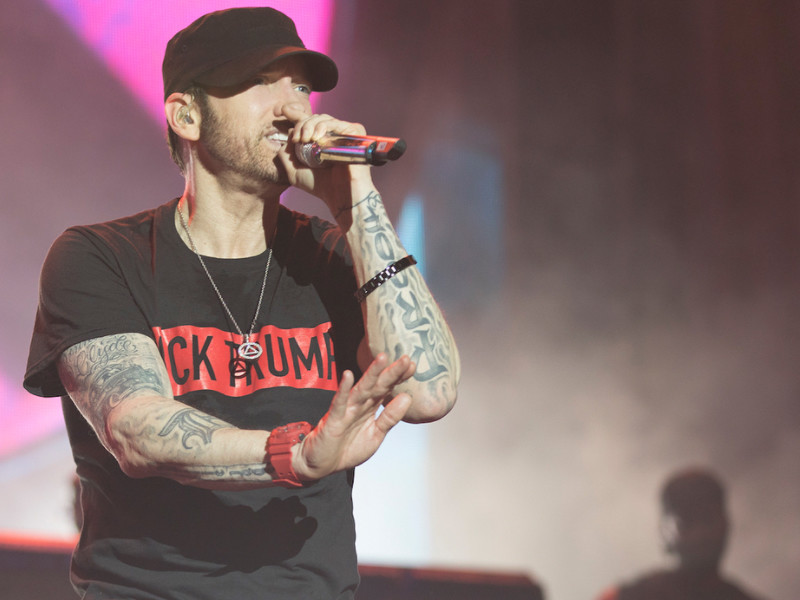 Eminem has made a point to not outright announce any real specifics about his next album, but he isn’t being too coy about it either. Slim Shady recently revealed the LP’s title, Revival, in an elaborate marketing campaign designed to look like a prescription drug advertisement. The cryptic and creative scheme has put his loyal Stans on high alert with the album’s release appearing to be right around the corner.

Fans of Eminem are probably right to get excited because all signs are pointing to a November 17 release. Last month, HITS Daily Double claimed there was “very loud chatter” about Slim Shady’s album dropping on that date.

On the heels of that rumor, Eminem’s fake drug ad debuted and people quickly found a possible release date hint connected to the ad. According to the Detroit Free Press Directory, the ad for Revival is set to expire on November 21. So, the promotional efforts could end (or change) just a few days after the project’s speculated arrival.

The final hint at the release date is Eminem’s upcoming appearance on Saturday Night Live. The Shady Records boss is scheduled to perform on the November 18 episode hosted by Chance The Rapper, and he’ll presumably be doing some new material. Gracing the SNL stage right after dropping an album seems like a logical move for Eminem. For that reason alone, the anticipation is understandably growing.

These three signs strongly suggest fans will be listening to Revival on November 17, but rappers have tricked listeners before. Kendrick Lamar disappointed many diehards earlier this year when DAMN. didn’t drop on the date that most people expected. Eminem’s certainly capable of doing the same, but it’s hard to believe he’ll waste an opportunity to make a big splash and embrace the hype.