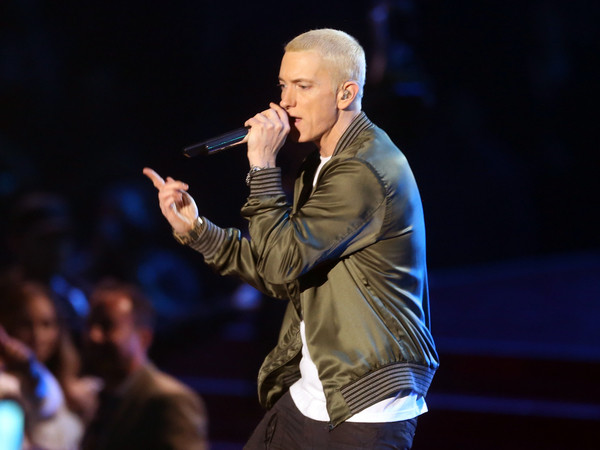 How Eminem Can Make Another Classic Album

It’s only a matter of time before Eminem mania runs wild once again. The superstar rapper is expected to release a new album this fall and details, such as 2 Chainz’s involvement, have already been trickling out. Slim Shady is about to embark on a brief run of festival shows in Europe, which could be the start of the official hype train for his first project since 2013’s The Marshall Mathers LP 2.

While Em’s stardom guarantees a big release, his most recent work inspires little confidence in him reaching the heights of The Slim Shady LP or The Marshall Mathers LP ever again. While his loyal stans love anything they can get, it’s been over a decade since Em has released material with much replay value for the average Hip Hop fan (yes, that includes MMLP2, even if it was a step in the right direction). But Em has the talent to change that.

The book on Em’s legacy in Hip Hop has already been written. His status as a pop culture icon and as one of the most elite rappers to ever pick up a mic are set in stone. Now, he has the opportunity to add a new chapter to his story. Instead of the last arc being about his decline, the groundbreaking MC can update the narrative by delivering another classic album.

To do that, Em will need to make some changes. Slim Shady has to navigate the difficult balancing act of evolving and staying true to himself. With that in mind, HipHopDX came up with five recommendations for Em to accomplish this goal and reclaim his former greatness.

It’s time for Eminem to grow up. The Detroit native has basked in immaturity while reveling in cartoonish violence, misogyny and homophobia throughout his career. But he’s 44 years old now. He shouldn’t be the obnoxious antagonist to society anymore.

It’s time to take a page from another legacy artist, JAY-Z, and dig deeper. Em may not have the same impetus that inspired Hov’s 4:44 album, but he’s more than capable of addressing some heavier subject matter. Self-reflection on own his incendiary lyrics and persona could be the perfect formula for a brilliant record.

Eminem has always been a skilled lyricist. His pen game alone puts him among the all-time greats. But in recent years, it seems like his efforts to challenge himself as a rapper have come at the detriment to his songwriting.

Sometimes, the sheer spectacle of it works. “Rap God,” for instance, would fall under this category.

But at its worst, it’s a jumbled mess of rhyming for the sake of rhyming. His last single, “Campaign Speech,” was probably the most egregious example of this artistic development. (We’re still waiting on the vacation pics from Em and Edward Norton’s trip to Ecuador.)

Everyone knows Slim Shady’s got bars. What fans need is compelling content, not just mindless wordplay.

A trope of Eminem’s music has been his zany voices. While it was part of his charm 15-plus years ago, it’s tired beyond belief in 2017. One of the worst examples in recent memory was his Yoda impression on 2013’s “Rhyme Or Reason.” It was silly to the point of being ridiculous. It would be best if he abandoned all the goofy voices on his ninth studio album. If they must be used, at least have them serve an actual purpose.

Leave The Pop Culture References Behind

Speaking of recurring threads of Eminem’s work, let’s talk about those pop culture references. His music has been littered with so many of them that each album feels like a time capsule. See the mentions of Tom “My bum is on your lips!” Green and “Pam and Tommy” in the video above for prime examples.

As a result, the material can feel dated, sometimes just a few months after it was released. Even worse is when the references are dated to begin with, like name dropping Monica Lewinsky in 2013. As mentioned earlier, Em is a wordsmith. There’s no reason for him to rely on these as much as he does. Step it up and show the rap world that these aren’t a writing crutch.

Get The Band Back Together

The latter half of Eminem’s discography has been highlighted by his decision to work with a wide range of producers. He tends to put in his own work behind the boards too, which hasn’t always produced the best results. For the most part, the production hasn’t clicked despite contributions from heavy hitters like Just Blaze and Rick Rubin. Sonically, Em’s music has been less interesting than ever before.

So why not revisit what worked in the past? The Bass Brothers used to be the architects of his sound but it’s been years since their production appeared on his albums. Get them back in the mix. With Dr. Dre already said to be involved, the major producers from Em’s glory days would be at the helm again. This blast from the past could be nostalgia at its finest.