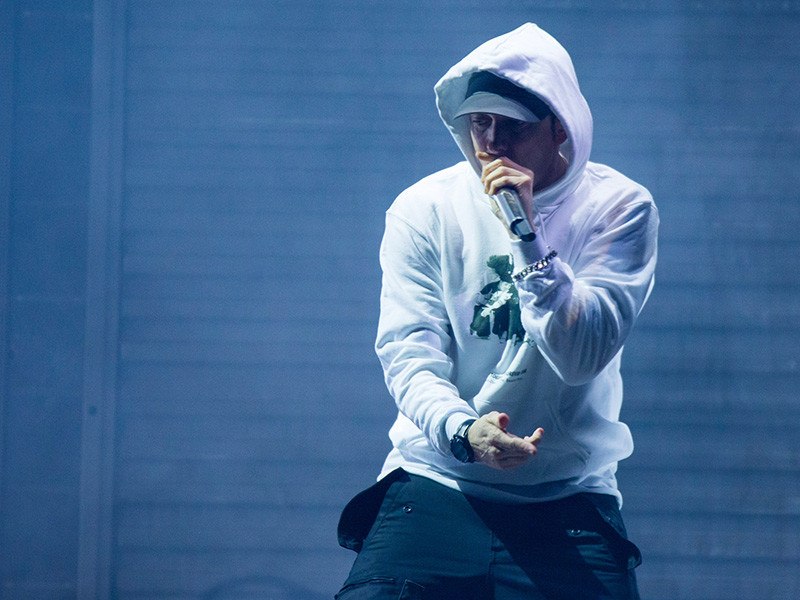 Eminem is scheduled to be one of three headline acts at the Reading and Leeds music festivals in the United Kingdom this coming August. Slim Shady previously closed out the festivals in 2001 and 2013 and will be joined onstage alongside a bevy of notable stars across a variety of genres.

Veteran promoter and Reading and Leeds Festival founder Melvin Benn shared his excitement about the Detroit superstar gracing the stages after a four-year absence, reports NME.

“Eminem returning to Reading and Leeds is beyond exciting,” said Benn. “His 2013 headline performance was incredible and I can’t wait to have him back. In addition to our third and final headliner – joining Kasabian and Muse – we’ve announced over 70 additional acts to this year’s line up – it’s looking stronger than ever.”

Fans will also be thrilled by performances from Danny Brown, Tory Lanez, Migos, Flatbush Zombies, Major Lazer and dozens of other acts with additional performances to be announced at a later date.

Eminem has kept a low profile regarding live performances of late, but his cameo appearance on Big Sean’s “No Favors” from the younger Detroit rapper’s I Decided album turned heads with its attacks on Ann Coulter and President Donald Trump.

Yo, see you at reading and leeds festival then?!? BUZZING ????? pic.twitter.com/nerIwI8esh