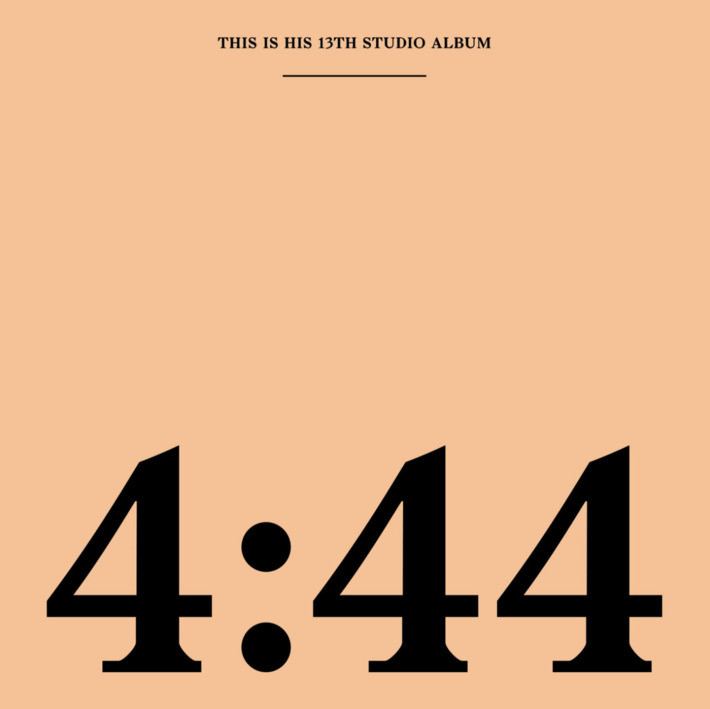 Before June 30, 2017, a universal poll would have convincingly shown rap fans had no desire for another JAY-Z album. The classics have been archived. His empire is incorruptible. The record will show that after three decades, he’s earned GOAT points in every statistical category — several times over — and even grew noticeably bored repaving his victory laps.

On its surface, album number 13 appears to be yet another money-first marketing ploy, given its Sprint and TIDAL exclusivity connotations. But starting immediately with the first emotion, the No I.D.-scored project reveals itself to be a package of apologies, damaged goods and self-humility. It’s a 10-track manifesto that barely breaches 30 minutes, its layers exposing a side of the notoriously private Shawn Carter that the world has never before seen.

Abruptly opening to a blaring alarm, “Kill Jay Z” finds the 47-year-old confessing that his facade of the cocksure super-rapper has allowed him to mask the times when he turned out to be the loser. Risking prison to stab Lance “Un” Rivera. Provoking sister-in-law Solange on that elevator. Almost irrevocably screwing things up with Beyoncé. There’s a lot to digest in one song, but it sets the tone of the skeleton clean-out of his massive walk-in closet that permeates the album.

The title track is named after the enlightenment timestamp at which Hov awoke from a remorseful slumber and realized that money, power and respect aren’t shortcuts to a perfect marriage. “I apologize/ Our love was one for the ages and I contained us” he professes before giving outsiders the dirt they always wanted with, “What good is a ménage à trois when you have a soulmate? ‘You risked that for Blue?’/ If I wasn’t a superhero in your face/ My heart breaks for the day I have to explain my mistakes.”

Safeguards are further yielded on “Smile,” where his mother lives out her truth and Hov dusts off that lyrical mastery that made him a great. He does it again with the roller coaster punchline on “Marcy Me” where he spits, “Think I just popped up in this bitch like a fetus? Nah, Pregnant pause, give you some second thoughts/ There’s room on the bandwagon, don’t abort/ Marcy me”).

“Retirement” and adulthood may have taken JAY-Z’s name out of the current trendsetters of the culture, but the unassuming “Moonlight” — which pokes at all the Lils, XXXUnpronounceables and Savages in the game with broad-stroke dismissals — proves that he’s still actively listening. To each their own, but when a rapper who amassed $800 million (without dialing back on n-word usage) offers some advice, it’s probably best not to ignore him.

No objective eardrum will deny that 4:44 is the ultimate enthralling listen, if not just for all the tea spilled over those Malibu countertops. But even at his fighting weight, JAY still trudges along with some imperfections. For starters, much like the maturity he displays with his lyrics, his flow is unable to conceal the gray hairs it’s sprouted. On “The Story of O.J.,” JAY speaks from experience and creates a priceless doctrine that outlines the differences between riches and wealth, and how race and upbringing play a huge factor in obtaining financial literacy (“I coulda bought a place in Dumbo before it was Dumbo/ For like $2 million/ That same building today is worth $25 million/Guess how I’m feelin’? Dumbo,” he admits). That same line exposes how much he allows dead air to carry his message these days, ultimately failing to capitalize on the silky Nina Simone sample that pads the record.

Also, 4:44-closer “Legacy” epitomizes a reflective Mr. Carter staring through a penthouse window, calmly realizing that planning for the future is the key to thriving in the present, bringing his flow to a near standstill — more like stream of conscious statements atop a rap beat. The message is strong but the musical consistency leaves room for improvement. No I.D.’s production never innovates as a whole (largely thanks to softball samples such as The Fugees’ “Fu-Gee-La” or Sister Nancy’s “Bam Bam” — now revealed to have been handpicked by Hov to merge his personal playlists into an easy recording process) but their simplicity allows Jay’s bars to be heard without worry of being misconstrued.

Ranking 4:44 within a historical context ultimately boils down to preference. There are several JAY-Z albums that are superior in terms of musical creativity, but never has the man behind the Roc chain been more prolific in thought. It’s catharsis on steroids, walking the tightrope between FYI and TMI.

Since 1996, JAY’s had no qualms about using his albums to bread-crumb the pain, culminating into him sprawled out on a chaise lounge, his soul at the mercy of the consumer. It may have taken him 47 years (and a ton of inventory) to reach this moment but JAY-Z is finally rhyming like Common Sense without fear of flopping.

Thank God for this moment of clarity.