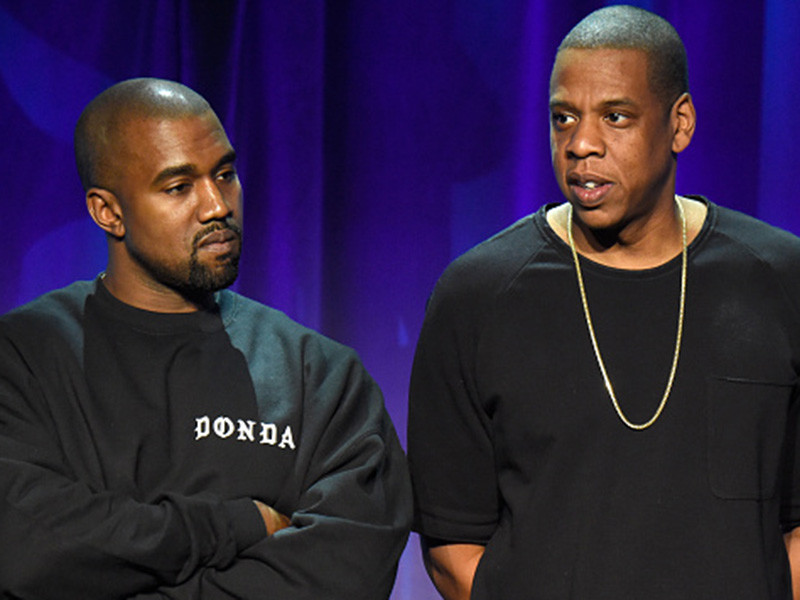 Kanye West has been called things like a “fan, phony, fake, pussy and a Stan” by many people who would practically kill for the chance for him to respond in order to absorb some kind of relevance.

Lampooning behavior is nothing Yeezus shies away from or even pretends like he’s not guilty of (the “name one genius that ain’t crazy” line from The Life of Pablo’s “Feedback” explains it all), but even his bullheaded noggin may be stinging after enduring the content on the last couple of high profile Roc Nation releases.

By now, everyone is probably well aware JAY-Z’s latest album 4:44 has made the psychiatrist couch a thing in Hip Hop once again. The out-the-gate opener “Kill Jay Z,” all but confirmed the rumblings that were coming out of gossip rags last autumn around the time of Ye’s extremely public meltdown.

“You walkin’ around like you invincible/You dropped outta school, you lost your principles,” Jay quipped, making it more obvious that he missed the “old Kanye” with the bear and the backpack.

Things become even more personal when his son’s name is used to canvas a double entendre when he raps, “But you ain’t a Saint, this ain’t KumbaYe/But you got hurt because you did cool by ‘Ye/You gave him 20 million without blinkin’/He gave you 20 minutes on stage, fuck was he thinkin’?/”Fuck wrong with everybody?” is what you sayin’/But if everybody’s crazy, you’re the one that’s insane.”

That saying that says “somethings needed to be said” goes without saying here; tough love usually gets through to the inherently stubborn. But how did the rift between them get so vast? A simple phone call couldn’t have at least kept the public from being Maximus Meridius-entertained.

But to say this was a knee-jerk reaction from Hov or even the first barb “approved” by JAY-Z is overlooking things a bit. J. Cole’s 4 Your Eyez Only may have came and went in a matter of months (weeks or days, depending on the person’s level of fandom giving their opinion), but its promotional single “False Prophets” made some waves with the thin coating of subliminals within the verses. Wale took his lumps without much of a fight, but that first verse has yet to be answered.

Not only did Cole call Life of Pablo “half-assed shit,” he flat-out said Ye’s best days are behind him and he’s only as good as his ghostwriters these days. Yeezus, have mercy.

Of course, Cole is a grown ass man and mature, confident artist who doesn’t need approval from anyone to spill his thoughts on wax. But there was an executive decision made here that either approved or ignored (or both) the end product. “False Prophets” didn’t make the final cut of 4 Your Eyez Only — but it still came out. Had Jigga not felt a certain way about Kanye, maybe he would have made the (rare) executive decision and had the joint sealed in the vault until further notice.

With all the glory found throughout his catalog, you won’t be able to find a singular diss record created by Kanye. Sure, he can snapback at a Bob Ezrin or Wiz Khalifa on Twitter, or waste My Beautiful Dark Twisted Fantasy lyrics on the SNL and South Park casts, but he’s been above battling fellow and rival MCs for the duration of his career. Several artists, including former collaborators in Freeway and Kid Cudi have opened the door for such a possibility, but the bait was never taken.

But now that a couple of figureheads on rap’s Mt. Rushmore — past and present — have both expressed their gripes with Kanye on record, isn’t it time he responds with that honest reaction? Sure, it all but makes the 2008 JAY-Z tribute “Big Brother” a sad memory, and kills the hope for a Watch the Throne 2 or 10-song J. Cole album with Kanye beats (those weren’t happening anyway, but still) yet sometimes the best decision isn’t always the easiest one to make.

Actually, it’s probably the complete opposite. Such is life. Let’s hear what you have to say, Kanye.