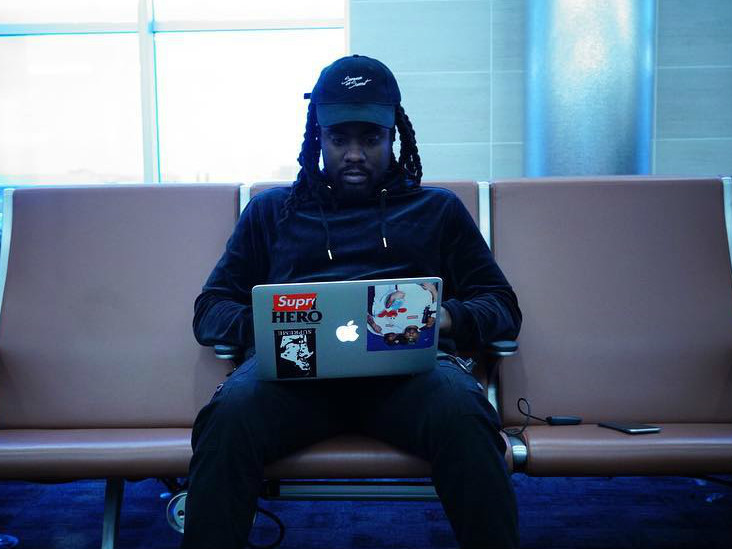 Wale is all in his feelings on a new track that he released today (December 3) called “Groundhog Day” featuring production from Jake One.

On the song, the D.C. rapper shares his thoughts on his journey through the music industry and laments how his path has split from J. Cole’s. The North Carolina MC released a diss-laden track called “False Prophets” on his “Eyez” documentary that some interpreted as shots directed toward Wale.

It seems Wale has responded to the speculation as he intros “Groundhog Day” by saying, “I’m heavily flawed but far from a false prophet/I’m a motherfucking honorable Folarin” and then raps “behind them crooked smiles niggas neglect to embrace me,” probably referring to Cole’s “Crooked Smile” track off Born Sinner.

Wale continues by reflecting on how Cole came up in the game with him, but Cole signed to Jay Z’s Roc Nation, appeared on Hove’s Blueprint 3 track “A Star is Born” and got Jigga to spit a verse on his debut album with “Mr. Nice Watch” while Wale got stuck in a bad deal with Interscope.

“I remember me and Cole would open for Hov/Every day a star is born/ I guess I died in the womb/I ain’t make it on blueprint so made me a blueprint you got you a nice watch/My minutes was finished/I was lost at Interscope,” Wale rhymes.

It’s not all hard feelings as Wale says he still listens to his friend’s music by paying tribute to Martin star Tommy Ford who passed away earlier this year.

“I love my brother though, that’s why it’s rest in peace to Tommy we still bumping Cole,” he says.

Wale is still working on his SHINE album after becoming a father this summer. He gave fans an appetizer of new music in the form of the Summer on Sunset mixtape.

[UPDATE]: Shortly after dropping “Groundhog Day,” Wale posted a video of himself and J. Cole sitting courtside together at a basketball game. So clearly, the MMG rapper was just letting some feelings out.

"See you at the game, Bro" pic.twitter.com/jgzxQ85uA5

Listen to Wale’s “Groundhog Day” track above and see pictures of J. Cole and Wale’s friendship below.