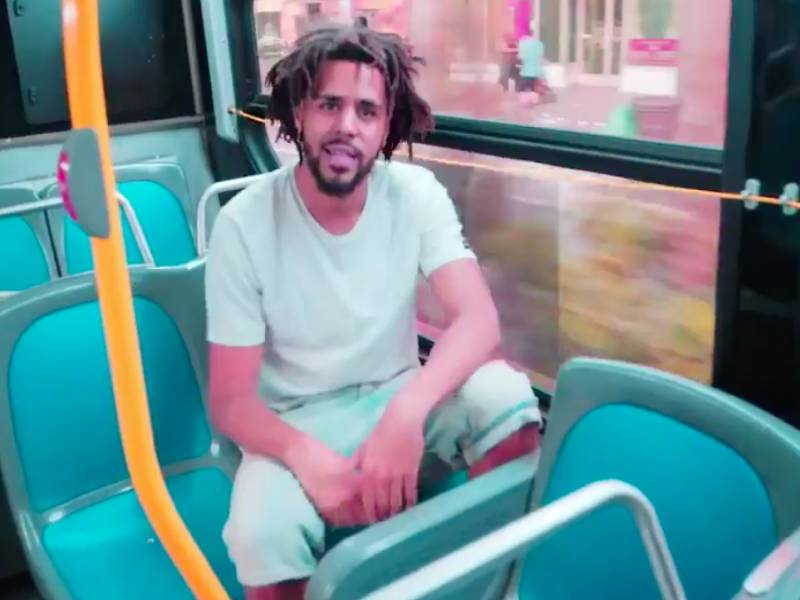 Is J. Cole's "False Prophets" Taking Shots At Kanye, Drake, Wale Or All Of The Above?

Eyez, a promo documentary for J. Cole’s upcoming album released through TIDAL, gave a few fascinating glimpses into what fans can expect from the North Carolina rapper’s new record.

At around the half-hour mark, a verse from “False Prophets” plays and the lyrics have led many on social media to believe that the words refer to Kanye West’s perceived fall from greatness.

Whether or not he’s talking about West, Cole pulls no punches — referring to a “half-assed’ rapper surrounded by “yes-men” who’s “finding it hard to look in the mirror lately.”

The sharpest lines in the verse include: “Ego in charge of every move, he’s a star/ And we can’t look away due to the days when he caught our hearts. He’s falling apart but we deny it/ Just to find the half-assed shit he drop, we always buy it.”

This could certainly refer to West, who has certainly grown more preoccupied with his own greatness in the years since College Dropout and Late Registration. The “half-assed” barb could also be applied to the many changes West continued to make to The Life of Pablo after its release.

“He tell us he a genius but it’s clearer lately/ It’s been hard for him to look into the mirror lately. There was a time when this nigga was my hero maybe/ That’s why his fall from grace is hard to take. Cause I believed him when he said his shit was purer and he the type of nigga swear he real but all around is fake.”

The song also touches on ghostwriting in rap — something that was at the heart of the feud between Drake and Meek Mill: “Wonder if it’s my fault for idolizing niggas’ words that they be rappin/ But come to find out these niggas, they don’t even write they own shit.”

Maybe the most notable line in the verse comes toward the end, when Cole raps “Damn, that’s what I get for lying to myself but what’s more important is that he’s crying out for help,” which couldn’t sound more on the nose given Kanye West’s recent rants followed by his hospitalization … if the song was recorded that recently.

Watch the snippet from “False Prophets” below.

Who is J. Cole rapping about? pic.twitter.com/6J8CQBB3x1

Twitter had its own theories on who Cole was addressing in the song, ranging from Wale to “whoever it applies to.”

False Prophets is a great record but can J Cole get away with that since Kanye is "mentally ill?" How fake woke Twitter feel about this?

J. Cole's new song "False Prophets" is one of those "If the shoe fits, wear it" tracks. He simply made a general assessment of the rap game.

False prophets is just an observation, not a diss

if you don't think Cole took shots at Ye and Drake I got a timeshare in Orlando I'd love to rent you.

No matter who he’s talking about, it’s the kind of fire that has his fans very eager to hear more of what J. Cole’s been working on.