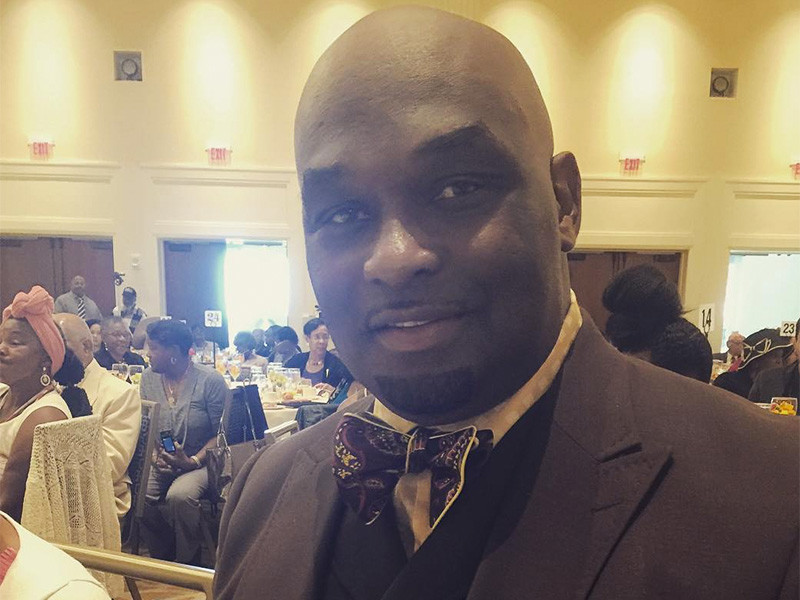 "Martin" Star Tommy Ford Dead After Being On Life Support

Atlanta, GA – The Hip Hop world lost a figure from one of its most beloved television shows, Martin, as actor Tommy Ford died today (October 12) at the age of 52 (or 54, according to some reports) after being hospitalized on Sunday and placed on life support.

The actor, who played Martin Lawrence’s best friend on Martin for five seasons, suffered a ruptured aneurysm in his abdomen Sunday (October 9), according to TMZ. He was placed on life support and his family decided to let him pass naturally today.

Ford passed away surrounded by family and friends in an Atlanta hospital, publicist Jay Mathis confirmed on Twitter.

This evening at 4:50PM surrounded by family and close friends @BigTommyFord transitioned from this life to life eternal. #tommyford #RIP

The Hip Hop community sent prayers for Ford as he was fighting for his life. When he passed, many expressed their sadness on social media at losing the man whose character hilariously never seemed to have a job. Ford also appeared in the movie Harlem Nights with Eddie Murphy and Richard Pryor.

Watch a clip of Tommy in Martin and see the social media reactions below.

To all family and friends of Tommy Ford. We would like to inform everyone that our brother passed away today October 12, 2016 surrounded by his loving family. Please keep his family in your prayers as they go through this challenging time. He was so dearly loved by so many and for that lets all be grateful for a life well served.

Tommy was not only a great co star but he was a great man and friend. He always brought with him his spirituality a positive attitude and so much joy. I am sad the world lost a great talent and that I lost a wonderful friend. God bless him and his family

My brother…we were friends way b4 the Martin show & I'm glad we were able to show true friendship on-screen. You brought a lot of love to the world and you will be greatly missed. God Bless to you and the family. Rest In Peace my brother. #TommyFord #Brotherforlife

To my brother, like no other, from another mother.. I LOVE YOU AND I THANK GOD FOR SHARING HIS AMAZING GIFT….TOMMY FORD!! I WILL MISS YOU MY TRUE FRIEND.. MAY YOUR LEGACY AND THE MEMORY OF YOUR LIGHT SHINE FOREVER IN OUR HEARTS. .. #HEGOTAJOBDAWG!!!!

Prayers up for tommy !

damn tommy. next to coming to america, i can't think of another single pop culture franchise i've referenced more in my life. thank you bro https://t.co/WORljUqi6A

From what I heard and see online on his IG @bigtommyford was a good man.. Definitely made me laugh countless times on TV.. prayers up for his family and loved ones.. so sad, gone 2 soon. His memories will last a lifetime though. RIP Tommy

I ask that you take a moment to send a positive thought , prayer or word up for my Friend and his family. ??I Love you @tichinaarnold @thecarlpayne @martinlawrence

?? for the family of #TommyFord. Rest Well.

RIP Tommy Ford. Thank you for sharing your gift with us my brother.

52 is so young man. R.I.P to Tommy Ford pic.twitter.com/lj8XhYX1Uf