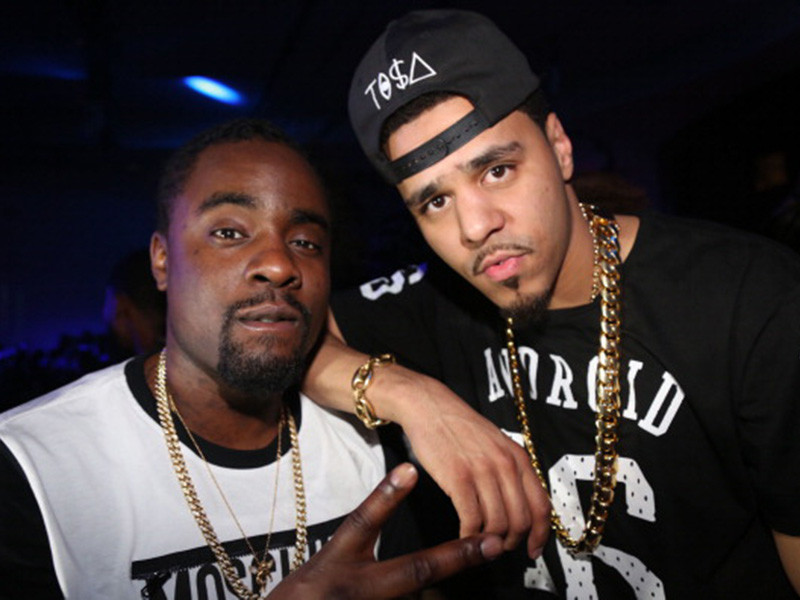 Raleigh, NC – Going by the songs each of them dropped this past week, one might assume that the relationship between J. Cole and Wale was going through a rough patch. Apparently the two are able to keep their professional and personal lives separate though, seeing as how they were seen laughing it up at the NC State vs. Boston University basketball game in Raleigh, North Carolina on Saturday (December 3).

Wale posted a 10-second clip of the two of them sitting together along with the tag “See you at the game, Bro” which is a reference to a line from the “Groundhog Day” track that he’d released hours before in response to Wale’s verse on “False Prophets.”

"See you at the game, Bro" pic.twitter.com/jgzxQ85uA5

Another Twitter user got her paparazzi on with a shot of the two rappers at the game.

Wale also made what could be an indication that the issues between the two are purely for show, tweeting “#keepkayfabeAlive” on December 1, a day before J. Cole released his new songs. Kayfabe is a professional wrestling term that references the “scripted” nature of the sports entertainment platform, and the divide between the characters who fight in the ring each week and the people who play them.

Several other Twitter users referenced Kayfabe in relation to the relationship between the two rappers.

Wait y'all thought Wale and J Cole were beefing?? Damn really gotta wonder if y'all really listen music or just skim thru it