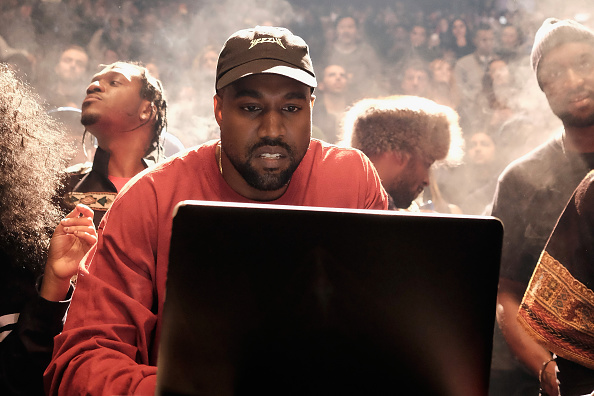 Yesterday, February 22, famed rock producer Bob Ezrin took his media perception and applied it to Kanye West’s discography. In a blistering analysis of Yeezy’s impact to music culture that appeared on “The Lefsetz Letter,” Ezrin asserted that West suffered for delusion of grandeur and he wasn’t the legend he claimed to be.

“Unlike other creators in his genre like Jay-Z, Tupac, Biggie or even M.C. Hammer for that matter, it’s unlikely that we’ll be quoting too many of Kanye’s songs 20 years from now,” Ezrin wrote. “He didn’t open up new avenues of public discourse like NWA, or introduce the world to a new art form like Grandmaster Flash, or even meaningfully and memorably address social issues through his music like Marshall [Eminem], Macklemore and Kendrick.”

West has won 21 GRAMMY Awards and his 2004 debut, The College Dropout was named “Album of the Decade” by Entertainment Weekly, among other honors. However, that didn’t prevent Ezrin from laying the criticsism on extra thick.

“Instead Kanye’s greatest achievements have been in the form of excessive behavior, egomaniacal tantrums and tasteless grandstanding,” he continued. “What he is a true artist at is living his life out loud – and shoving it down the throats of the rest of us whether we give a shit or not. He’s like that flasher who interrupts a critical game by running naked across the field. Is that art???”

It was only a matter of time before word traveled back to Kanye and he responded via his favorite platform: Twitter.

“Has anybody ever heard of Bob Ezrin???,” he lashed out. “What the fuck does he know about rap…Do something relevant… Please don’t speak on me bro ever again!!!”

He also laughed off the Macklemore ranking, calling the The Heist creator “a nice human being” and brought Taylor Swift into conversation. Ezrin’s production credits include work with Pink Floyd, Aerosmith and even Swift, but his contributions to Hip Hop are virtually nonexistent. (He worked with K’Naan and will.i.am. in 2013.)

“Rock and Roll was stolen…Rap was exploited…it’s guys like you that run companies and don’t invest in Ye even if I’m your kid’s idol!!! I made Dark Fantasy and Watch the Throne in one year and wasn’t nominated for either and you know who has 2 albums of the year,” West spazzed, for none of his 21 GRAMMY wins were for the ceremony’s most coveted honor.

Kanye’s full Bob Ezrin onslaught can be found below.