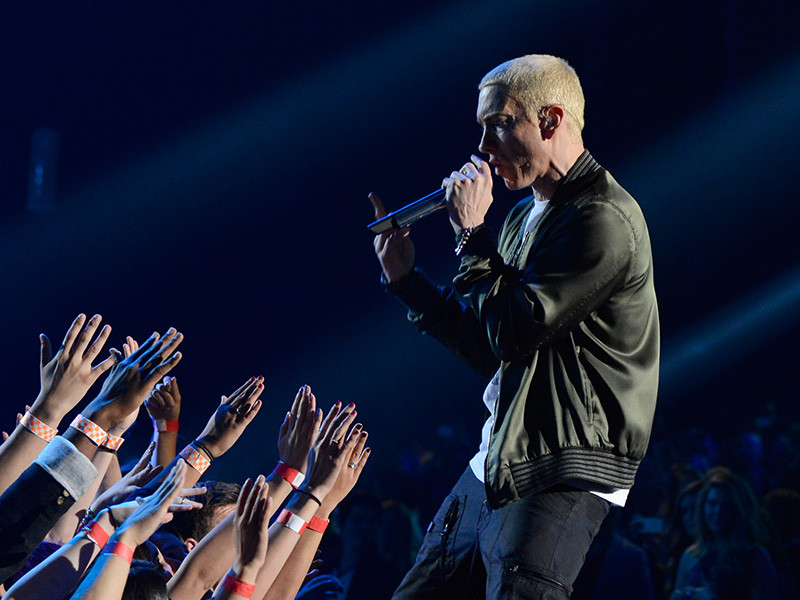 The track stands at just under eight minutes and features intricately intense bars that can only be delivered by Slim Shady. Over the simple looming production, he addresses Trayvon Martin’s death, Colin Kaepernick and says that yes, he’s going to dunk some Donald Trump supporters under water, “snuck up on ’em in Ray Bands / In a gray van with a spray tan / It’s a wrap like an Ace bandage.”

Eminem says that this is an appetizer for a new album, which would be the follow-up to 2013’s The Marshall Mathers LP 2. Since then, he has released a series of anniversary projects, including cassette releases of the first Marshall Mathers LP (which included a brick from Em’s childhood home) and The Slim Shady LP.

This year, the Detroit legend also appeared on “Kill For You,” a cut from Skylar Grey’s Natural Causes album. The pair previously worked together on Dr. Dre’s “I Need a Doctor” in 2011. She told DX last month how Em has now become a mentor to her as she experiments with rapping.

“The first time I wrote a rap was actually a song called ‘Lemonade.’ The rap version of the song isn’t coming out but the early version of it was my first real attempt at rap and of course I didn’t know if it was any good,” she said. “I sent [the verse] to the one person I knew [I could] get great advice from – I sent it to Eminem, – and I was like ‘Tell me if I should ever rap again.’ And he actually called me and said that I should keep going and keep trying cause he didn’t hate it. So he kinda gave me a little confidence and a little boost to keep trying and keep going for it.”