Eminem To Re-Release "The Slim Shady LP" On Cassette 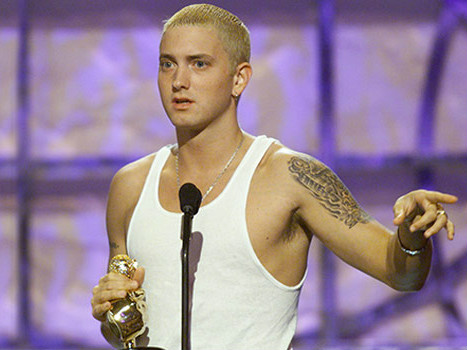 Eminem announced today (March 4) that he is planning to re-release The Slim Shady LP in cassette format.

The Detroit rapper made the announcement on Twitter and shared a link where people can sign up for more information.

“#SSLP Cassette re-issue coming soon http://shady.sr/SSLP” Eminem writes for the caption of an image of a tape.

The website offers for people to sign up for a newsletter and says that there will also be merchandise based on The Slim Shady LP available.

The Slim Shady LP was first released in 1999 on Aftermath Entertainment through Interscope Records. It features the songs “My Name Is,” “Just Don’t Give A Fuck” and “Guilty Conscience.”

View Eminem’s announcement that The Slim Shady LP will be released as a cassette below: