Skylar Grey On Eminem's Inspiration For New Album: "He Told Me To Keep Rapping" 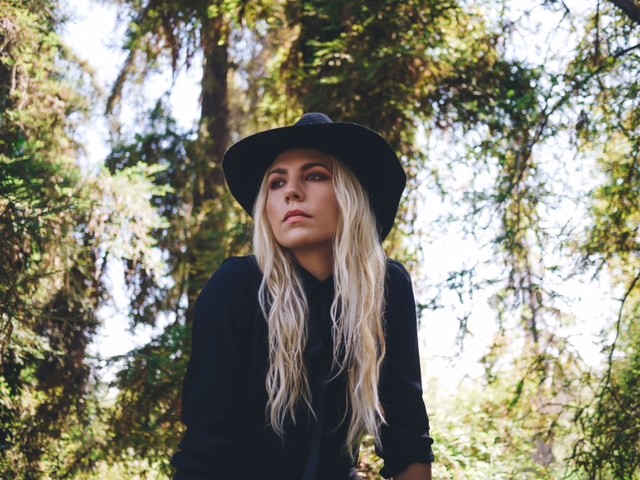 Los Angeles, CA – 2010 was a year that could have gone either way for Eminem. After a roughly five-year hiatus — which was spent mostly dealing with addiction — Slim Shady reemerged in 2009 with Relapse but the album was met with lukewarm reviews, leaving many to wonder if the Hip Hop legend would ever regain his late 90s/early 2000s king status. But 2010’s Recovery put all doubts to rest and a big part of the album’s success was the Skylar Grey-penned single, “Love the Way You Lie.”

Despite a more pop-friendly pedigree, Skylar would serve as a catalyst of sorts for a number of Billboard rap hits including Diddy Dirty Money’s “I’m Coming Home,” and Dr. Dre’s “I Need a Doctor.” On her latest album Natural Causes which drops tomorrow (9/23) the Midwest-bred songstress dropped a couple of rap verses and according to her Eminem played a significant role in giving her the confidence to do so.

“The first time I wrote a rap was actually a song called ‘Lemonade.’ The rap version of the song isn’t coming out but the early version of it was my first real attempt at rap and of course I didn’t know if it was any good,” Skylar tells HipHopDX in an exclusive conversation. “I sent [the verse] to the one person I knew [I could] get great advice from – I sent it to Eminem, – and I was like ‘Tell me if I should ever rap again.’ And he actually called me and said that I should keep going and keep trying cause he didn’t hate it. So he kinda gave me a little confidence and a little boost to keep trying and keep going for it,” she added.

Having already worked with most of Hip Hop’s heavyweight division, Skylar was able to soak up game from both artistic and executive angles and as she tells it, the collaborations helped inspire her to step outside her comfort zone.

“I really dove into rapping in the last two years. [It was] totally out of my comfort zone at first but I like to always push myself to the limit so I just said ‘Okay I’m gonna rap,’ and it worked out. I did “Wreak Havoc” for the Suicide Squad movie which was the first rap song I’ve ever released,” noted Skylar. “All the rappers I’ve worked with have influenced me in a way. It’s always amazing to me how many words and punchlines they can fit into a verse. They can really tell a story. That’s why I wanted to rap in the first place. I don’t want my words to be confined by melodies all the time.”

In addition to giving her the confidence to spit her own bars Em’ also lent his lyrical talents to “Kill for You” and even helped with producing duties on “Come Up For Air,” which also features drums by the legendary Questlove of The Roots. While working with Marshall Mathers is already a dream come true for the “C’mon Let Me Ride” singer,” there is another artist who is linked to The Good Doctor that remains on her wish list.

Reunited: Eminem drops his first bars of 2016 ontop of Grey’s “Kill for You.”

“Kendrick [Lamar] is my dream collaboration and I feel like our voices would be really complementary,” Skylar exclaimed. “We could come up with some really crazy music for whatever we do. I love him and I like everything associated with his sound, Schoolboy Q is dope too.”

Like K. Dot, working with Dr. Dre yielded lofty expectations for the 30-year-old hitmaker but this time around, Skylar is not concerning herself with outsiders expectations of her work.

“With [Natural Causes] I felt a little less pressure than last time. I think the expectation level that I had for myself and that people had for me was so high the first time around ‘cause it was coming off the songs I did with Eminem and Dre,” Skylar lamented. “This time I felt a little more relaxed coming into it so I think creatively I was able to do something that was more free and the result is a sound that I feel like I’ve really been striving for four years and I finally found it. ‘Picture Perfect’ is a good example of that sound. It’s my favorite song on the album. It combines my favorite elements of my favorite artists and puts it all into one. My favorite artists are Bon Iver, Kendrick Lamar, Radiohead and the song has that Bon Iver style vocal layering and harmonic structure but then a hip hop beat is underneath it, and I’m also rapping on it a little bit, so it’s kind of a cool genre-blending song but all my favorite aspects of these genres.”

Cathch Skylar Grey on tour in your area via the dates below.