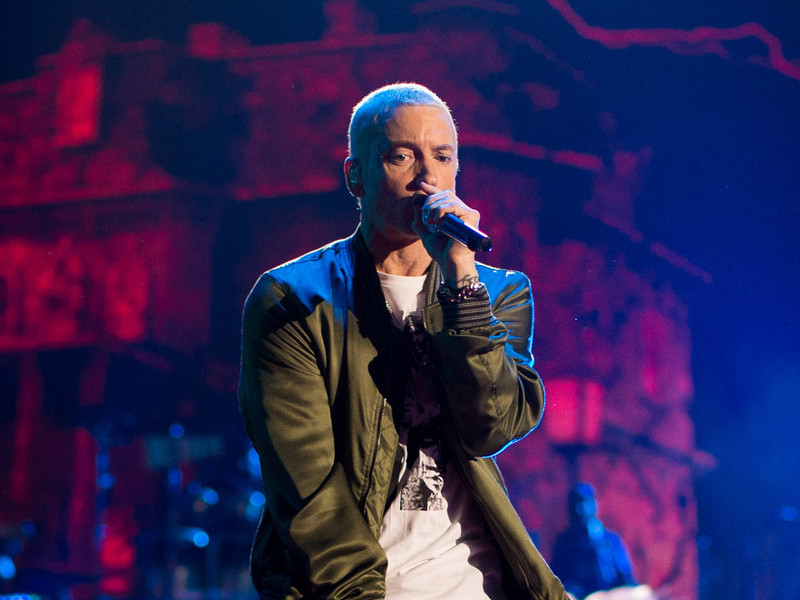 The rollout for Eminem’s new album has begun in an unusual way. A few eagle-eyed fans on the Eminem subreddit were quick to take notice of a suspicious Instagram post by Eminem’s longtime manager, Paul Rosenberg. The post appeared to be a simple promotion for Yelawolf’s Trial By Fire album on its surface.

In the background of the picture, an ad for a prescription drug called Revival set off alarms for Slim Shady stans due to the use of a backward “E,” which has been a trademark of Eminem logos for years.

What appears to be an ad for some new prescription drug turns out to be a not so subtle marketing campaign for Marshall Mathers’ next album, which — by all indications — will be titled Revival.

According to the Detroit Free Press’ directory, the ad was purchased by Interscope Records. And upon inspection, the ad’s website is clearly a gag that’s full of Eminem references.

The video on the site clearly uses the instrumental from Dr. Dre and Eminem’s 2011 single “I Need A Doctor.” It’s also filled with references to Eminem’s hit single “Lose Yourself” like “It’s easy to lose yourself” and “With Revival, I won’t waste my one shot.”

The phone number provided on the site also features the same clues with the “I Need A Doctor” beat and multiple lines from “Lose Yourself.” That’s not even mentioning the “sweaty palms” side effect listed on the page.

The final example of this being an elaborate marketing campaign is the small print at the bottom that reads, “Manufactured by Popsomp Industries.” Popsomp Hills was the name of the fictional rehab center used to promote Eminem’s 2009 album, Relapse.

As the site says, “REVIVAL could be music to your ears.” And more than ever before, it looks like Eminem’s new album is a reality.