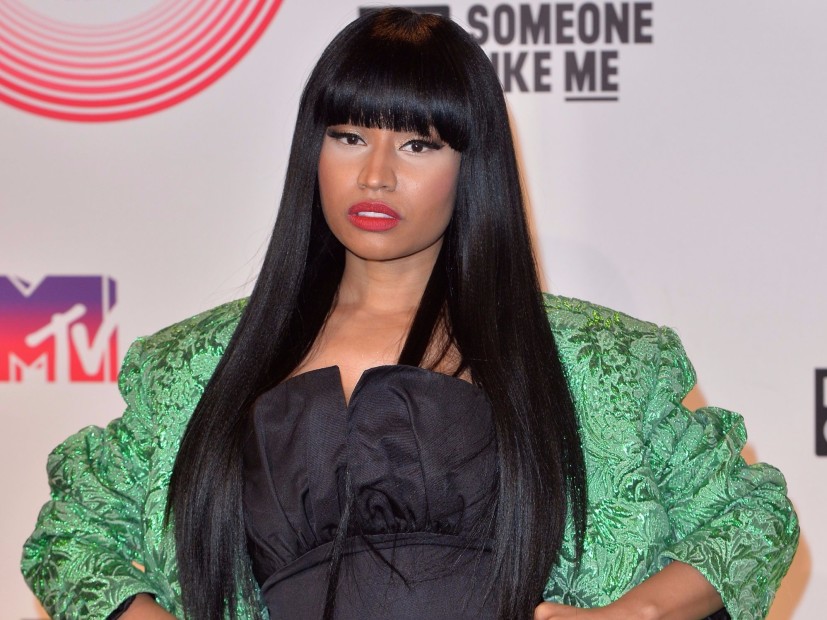 Class Wars: Nicki Minaj Never Trends When She Dresses Like This

Nicki Minaj (actually make that three of her) graces the cover of PAPER Magazine’s Break The Internet issue and the photo has garnered a significant amount of attention due to its “racy” ménage á Troi theme. Reactions to the cover story have been mixed and anyone attempting to call out the Queens rapper for being a terrible role model have been promptly attacked by Nicki stans.

Yes, it’s Minaj’s decision to present herself as a hypersexualized female in the music industry, but when she has a legion of young girls looking up to her as a role model, is it morally and ethically irresponsible to portray herself as a sex toy and nothing else? Probably.

The flip side is when Minaj doesn’t present this image of herself, she doesn’t get the attention her half-naked photo shoots do.

Whose fault is that?

We exist in a heavily misogynistic society where a woman’s worth is essentially determined by her sex appeal, and Minaj and her team know that. PAPER Magazine knows that. So when a sexually provocative image is used to sell their magazine, it’s carefully plotted and executed with that in mind.

But a plethora of people weren’t buying it and called Minaj out.

Others praised her for the spread, calling it “dope.”

A lot of hate on Nicki Minaj paper mag image. I think it's so dope.

The thing is, Minaj can be classy when she wants to be, and still look beautiful, sophisticated and strong as she’s illustrated at countless award shows and within various editorial spreads.

Women are beginning to feel more empowered following the wave of sexual predators being aired out in Hollywood and across the music industry. Many will argue this is Minaj being empowered and expressing her right to do what she pleases with her body. Others will say (and clearly are saying) this is a gross misuse of the massive platform Minaj has been given.

Minaj’s tendency to use sex to sell her music (“Anaconda” anyone?) is the most valuable card she has. Her self-proclaimed “Queen of Rap” title likely flies only because mainstream Hip Hop is sorely lacking in representation of the female rap artist. And because of that fact alone, she’s one of the only female rap megastars (if not the only) kids have as a role model. No, she doesn’t have an obligation to be one, but whether artists like it or not, once they step into the limelight, they become somebody’s idol.

Bottom line, if her skills on the mic are so on point, would she really have to use her body for attention? Probably not. But if she doesn’t pull the sex card, will she collect the kind of seemingly endless attention she’s apparently seeking with photos like the one used for PAPER Magazine? Again, probably not.

Over the years, she’s sported some conservative looks, but they failed to make her a trending topic. Maybe that’s part of Minaj’s brilliance. She knows what she’s working with and uses it to her advantage.

Check out some of her more “conservative” looks below.

#OscarDeLaRenta Barbie in the city

Slaying the other night in #OscarDeLaRenta Hmmmmm which Barbie should I give the girlies today?

I'm wearing Season 3 & Versace open toes? Thank you to the entire team at the #AMA's. U guys always show me so much love & I really appreciate it.