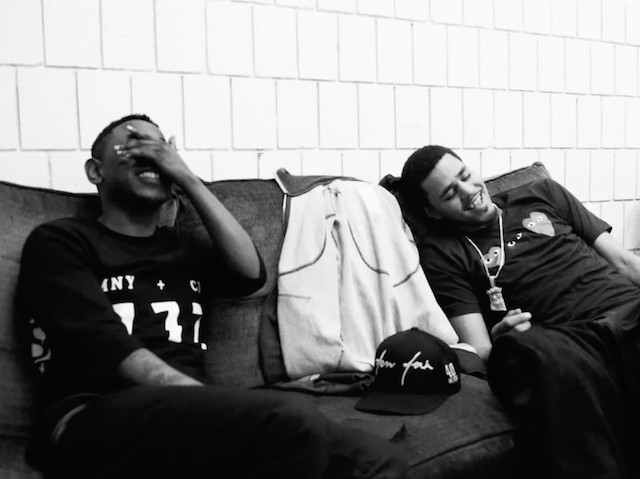 Meek Mill's "Dreamchasers 4" Is Here But Where Are These Other Albums?

Last week, we finally got Meek Mill’s Dreamchasers 4 after what seemed like an eternity of updates, snippets and delays. Although no delay compares to Dr. Dre’s notorious Detox, which was officially scrapped last year, Hip Hop fans are not strangers to waiting for albums. *cough cough Frank Ocean. Whether it’s problems with the label, creative timelines or collaboration projects that seem like a dream, here’s a look at albums that we have been promised and are still waiting on.

Kid Cudi promised two albums for 2016 and then that morphed into the double disc Passion, Pain & Demon Slayin’. The project, which features a few coveted André 3000 verses, was supposed to drop September 30, but the former G.O.O.D. Music artist delayed the release the day of, citing sample clearance issues. Then he checked himself into rehab for depression a few days later. He promised that he had coordinated the album rollout with his team, but so far, no word on the new release date.

Lupe Fiasco is no stranger to album strife and label disputes, but he claimed he had a trio of LPs for his fans for 2016. He informed fans on Twitter earlier this month that they might not receive any of them before the year is up. Drogas and Drogas Light are reportedly finished, but the “red tape” of clearing samples and mixing has put the projects on hold for now.

According to Zaytoven, Future’s Beast Mode 16 is basically finished. Now, it’s just up to the Atlanta star to give it the green light. Future has been traveling with Drake on the Summer Sixteen Tour and has persevered through a $15 million lawsuit from his ex, Ciara. So maybe this new project isn’t at the top of his to-do list. But he only has a few months now to make the title fit the drop date.

Pusha T has been promoting his King Push album for a couple years now and emphasized patience back in 2014. The most recent release date we have on file is April of this year, which came and went. The former Clipse member did release King Push – Darkest Before Dawn: The Prelude in December, but still no official King Push in sight.

Migos announced in August of last year that it had completed its sophomore album and Quavo and Takeoff were discussing the difficulty of promoting their first album, YRN, while Offset sat in jail. Well now, all three members are free men, but the album, Culture, is apparently stuck behind 300 Entertainment’s corporate bars. This is their second project to be blocked after their Young Thug collaboration, MigosThuggin, was given a red light by the label.

Jeremih had enough of a struggle with the rollout of his Late Nights album. But he is preparing a follow-up called Later That Night, which is supposed to feature Chance The Rapper. Few details have surfaced beyond that. The Chicago R&B star also announced that he and PARTYNEXTDOOR have a joint album called Late Night Party and are embarking on a tour together. So far, only a collaborative single has dropped from the album.

If J. Cole and Kendrick Lamar’s joint album ever drops, game over. The dynamic duo has teased the project since the North Carolina MC confirmed it back in 2012. Later that year, Compton’s good kid said that the project had taken a backseat to his major label debut album. The topic has been brought up in multiple interviews since then. The latest word we have is from TDE’s Dave Free, who said at the top of the year that the album is still on the table, but “it can’t happen overnight.”

Speaking of TDE, Kendrick Lamar’s joint album is not the only project the label has promised. This year, we were told we would get something from Ab-Soul and SZA. Well, Soulo’s project has yet to be announced and SZA apparently quit. But we are hopeful Top Dawg can fulfill his promise of six albums for 2016.

With all of the mixtapes Young Thug has released, it’s easy to forget he has yet to release his 300 Entertainment debut album, Hy!£UN35 (pronounced Hi-Tunes). The project was first announced in April of 2015 and its release date was pushed back, but there has been little word lately on the title. Thugger has actually promised a long list of projects that have yet to surface, including collaborations with Post Malone and Fetty Wap. As mentioned earlier, his joint project with Migos, MigosThuggin, was blocked by 300.

So Nas’ next album is done, but what about the infamous Lost Tapes 2? The New York legend first hinted at the project of unreleased cuts way back in June of 2010, and the album slowly materialized with a December release date. But Nas apparently had to pen a letter to Def Jam to get Lost Tapes 2 approved for release. Then, four years later, Nas announced that after his Def Jam deal was up, he would release Lost Tapes 2 through his Mass Appeal label. The most recent update is that it would drop sometime in 2016. In an exclusive interview with HipHopDX in August, Nas said that he wished Lost Tapes 2 would have dropped already, but it’s still on the way and he’s confident things happen for a reason.

Bryson Tiller took the world by storm with his debut project, Trapsoul. The smooth singer was supposedly in talks with OVO before making it big and will now seek to continue his momentum with his second project, which he announced on Instagram last week is just about finished.

Joey Bada$$ made another splash in the independent lane with last year’s B4 Da $$ and has been keeping fans satisfied with a handful of singles including “Devastated.” But his next album, AABA, is reportedly 90 percent done, he said as he wraps up the Blank Face Tour with ScHoolboy Q. So Pro Era fans, hang tight.

Waka Flocka Flame has been vocal about his woes with Atlantic Records over the sequel to 2010’s Flockaveli. The Brick Squad boss even released a mixtape called Flockaveli 1.5 to hold fans off in the meantime. Flockaveli 2 was first announced in 2013 and has gone through a rumor mill of features while its release is still in the air.

Wale teased fans with the Summer on Sunset mixtape, the appetizer to his SHINE album, which he said in March was about 80 percent done. He’s probably not 100 percent focused on music right now as he’s also enjoying fatherhood. But what better inspiration?

We know Dr. Dre likes to groom his artists, but Jon Connor has seemingly fallen into the abyss that is Aftermath. The Flint, Michigan native announced signing with the legendary imprint in 2013 and appeared on Dr. Dre’s Compton soundtrack, but has been grinding behind closed doors for the most part. He said he could “see the finish line” for his debut album on the house that Dre built back in March.

50 Cent’s Street King Immortal is still in the vault for now. The most recent release date was supposed to be in August. But now we’re in October. The LP dates all the way back to 2012 and 50 said it was supposed to be a “personal” project that featured Trey Songz and Eminem. It had been delayed multiple times with the blame being placed on Interscope. The G-Unit boss left the major label in 2014 and released Animal Ambition independently. So while he continues to work on Power and his BMF show, we will be patiently waiting for a Street King Immortal track for him to explode on.