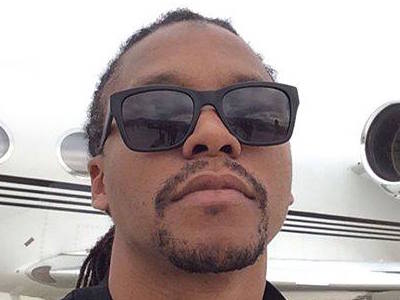 Lupe Fiasco says he won’t be releasing his Roy LP as one of his final projects and has named DROGAS, DROGAS light* and SKULLS as his final three albums.

The Chicago rapper sent out a series of tweets today (April 14) about the proposed projects, labeling Drogas “The Story Of An Album.”

“SKULLS will be my last album,” he writes. “There will be no more albums after the 2016 release of SKULLS.”

Lupe’s tweets are as follows:

Still 3 albums this year. However "Roy" will NOT be one of them. The new titles are:

#DROGAS
:The Story Of An Album

SKULLS will be my last album.

There will be no more albums after the 2016 release of SKULLS.

(The original post in this thread was published January 8, 2016. It is as follows.)

Lupe Fiasco plans to retire after Roy, according to a tweet from the rapper today (January 8).

“”Roy” will be my last album. LUPend,” Lupe Fiasco wrote on twitter.

In December, Lupe announced the titles of his next three releases, which he said would all be released in 2016. Roy was one of the projects named.

The Chicago rapper has talked about retiring for several years.

In 2008, Lupe Fiasco said he would be retiring soon. “It was 96% about a week ago,” he said in January 2008 after performing in Las Vegas. “I just get tired you know? I get tired. It’s a tiring pace that I keep. You see that [show I just did]? I gotta do that again tomorrow. With this [hoarse] voice I gotta find a way to do it again. Then get on a bus for 16 hours, get up and do it all over again for the next two weeks.”

On September 5, 2012, Lupe Fiasco said he would retire after the release of Lupe Fiasco’s Food & Liquor II: The Great American Rap Album, which was arrived in stores September 25, 2012. “my heart is broken and i see no comfort further along this path only more pain. I cannot participate any longer in this,” he tweeted at the time.

"Roy" will be my last album.

For additional coverage on Lupe Fiasco, who plans to retire after Roy, watch the following DX Daily: