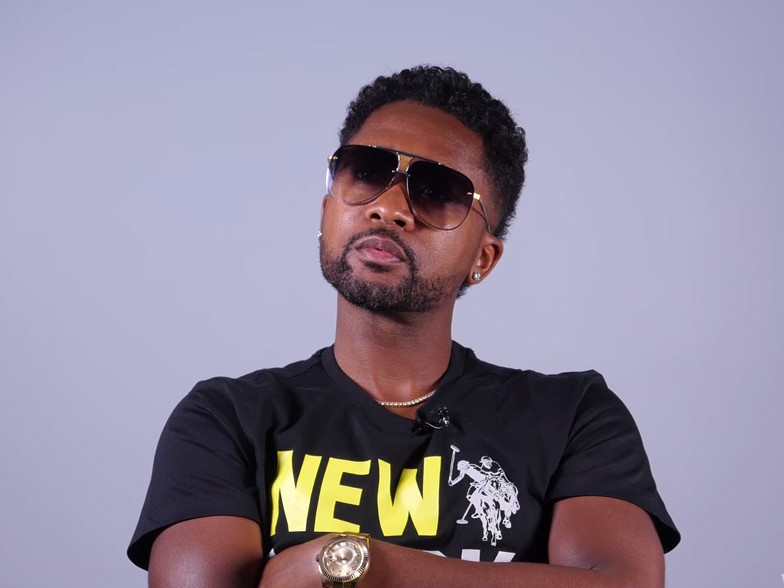 Future's "Beast Mode 16" Is Finished, According To Zaytoven

Future fans might not have to wait much longer for new music as Zaytoven announced that Beast Mode 16 is finished. The Atlanta megaproducer shared the news during a recent interview with VladTV.

“I was with Future maybe three weeks ago. He was saying like, ‘I wanna keep recording songs, but if it came to it I need to drop right now, we done,'” he says. “I’m confident in what we got right now to drop another Zaytoven-Future project.”

After saying that he and Future have recorded more than 100 songs together, Zaytoven explains why they haven’t released Beast Mode 16 as Future still feels inspired to create with what Zaytoven has been cooking up.

“We keep working, though,” he says. “I think Future’s the guy like once I send him some beats maybe while he’s on the road and it’s a pack of beats that he really like, it’s a new vibe or a new wave, he like, ‘Man, keep feeding me more, feed me more of this every day.’ There’s been times I’m at my little boy’s basketball practice or something, he’s like, ‘Zay, I need some more beats. I need some more beats.’ I’m like, ‘Man, there’s a million producers around. You need some more from me again?’ When he’s locked in on a producer’s sound or what we got going on, that’s what he want over and over again.”

Zaytoven says that he and the Dirty Sprite rapper can make a song in 10 minutes and today’s industry is about quantity over quality, explaining the reasoning for Future dropping so many projects.

“I don’t think we’re trying to create timeless songs,” he says, citing “Real Sisters” as probably the biggest song they’ve done together. “We just trying to, we got so much in us that we wanna get out that we just wanna keep letting it out. Nowadays, I don’t think a song means as much as it used to mean. One song can’t last you a year no more. You can’t have a hit record and it’s gonna last you all the way throughout the year. That song might last two months. So you gotta keep coming with the content. Nowadays, I don’t think we know what the hits are, the people are choosing the hits. We might put out two mixtapes and get one song out of those mixtapes that was actually a hit. That’s how it goes.”

Future and Zaytoven released Beast Mode in January of last year and the project helped launch both artists to a higher level of success. The producer said that while creating the initial mixtape, they created enough content to make a Beast Mode series with a second and third installment. So even if we don’t get an instant hit off Beast Mode 16, sounds like there’s plenty more heat coming.

Zaytoven has also been busy back in the lab with Gucci Mane since his release from prison. He spoke with HipHopDX about his work with Future for Beast Mode 16 while Guwop was away, giving fans high hopes for what’s coming.

“We been working closer now than we have ever been working,” Zaytoven said. “…We’ve got something very special for that. That’s mind-blowing music also.”

Watch the interview of Zaytoven talking about Beast Mode 16 with Future below.