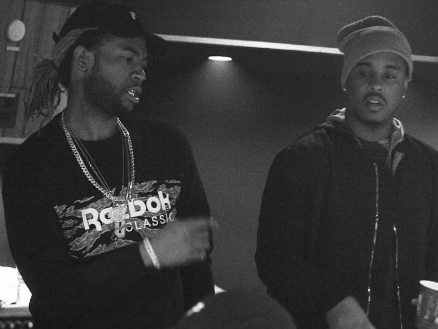 Jeremih has revealed that he has a new collaborative album on the way with PARTYNEXTDOOR.

The Chicago singer-songwriter called into Real 92.3 last night (June 15) to make the announcement.

“Can I tell everybody something? For all my fans that’s in L.A. right now that’s listening to [Real] 92.3, new album is coming out with me [and] PARTYNEXTDOOR called ‘Late Night Party.’”

Jeremih went on to reveal that after the aforementioned project with PND is released, he plans to drop the final installment of his “Late Nights” series, Later That Night.

“Y’all finna get that real soon and right after that y’all gon’ get the trilogy to Late Nights called ‘Later That Night.’ So I can’t wait for you to hear that.”

.@Jeremih just told @NinaChantele that he has a new album with @PARTYOMO on the way! ? pic.twitter.com/F4lCyZdieS

As of press time, details regarding the album remain scarce, though Jeremih did hint a few months back that himself and PND had something in the works.