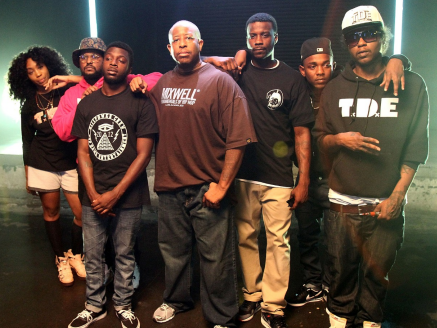 “Shit about to get nasty real soon,” Top Dawg captioned on a picture attached to the schedule. “I told y’all I got y’all in 2016 #TDE.”

The schedule details the stages of each TDE member’s projects and also reveals that the label has signed two additional artists under the guise of John Doe 1 and John Doe 2.

ScHoolboy Q‘s forthcoming album is currently in its sample clearing stage while Ab-Soul‘s project is being mixed.

Details for a Kendrick Lamar release are unknown as his name shows questions marks next to it and discloses the need for Top to get the Grammy-winning rapper on the phone.

Jay Rock‘s name has ER written next to it. The 90059 rapper was injured in motorcycle accident a few weeks ago and is said to be on the road to recovery, according to the TDE boss.

Additionally, the schedule hints at the possibility of a Black Hippy album in 2017.