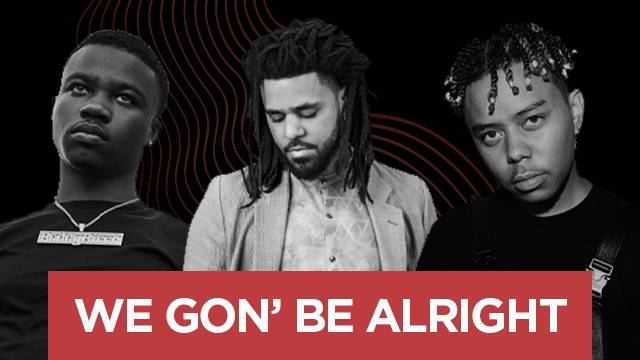 It’s one of the most divisive debates between rappers, producers, old school Hip Hop heads and the new breed. Every year it’s inevitable that someone will comment about their displeasure with the state of Hip Hop in 2020. This year, it was Tory Lanez, other years it’s been Eminem, Joe Budden, J. Cole and plenty more. The same discussion continues without resolution. But in 2019, Hip Hop started to balance out and its willingness to evolve, become more progressive and not stay in one box makes it the most exciting and important genre in music. Granted, the year was marred in tragedy with the deaths of Nipsey Hussle, Juice Wrld and other figures of the culture that had so much more to give. When it came to the music however, 2019 offered a rollercoaster ride of rising stars, the return of legends and an eclectic style of sounds and influences that pushed the genre forward.

The last couple of years dominated by melancholy crooning SoundCloud rap and tedious Atlanta trap started to give way to new sounds and bring back the relevance of the pen. The need for fun and charisma led to the explosion of both DaBaby and Megan Thee Stallion, two titans that have superstar potential.

Lyricism made a big comeback as well with the success of artists like J.Cole, Freddie Gibbs and the Griselda crew, just to name a few. Young up-and-comers Roddy Ricch, NLE Choppa, Mavi, Polo G, YBN Cordae and just too many names to list all brought a new flair to the game. Old school legends made their triumphant return with Little Brother dropping their first LP in over nine years and the sendoff project of the iconic duo Gang Starr.

Even mainstream rap got a facelift. Some of the highest-charting rap songs on Billboard; Lizzo’s “Truth Hurts” and Lil Nas X’s “Panini” showed how rap was ready to stop chasing trends and instead set their own. Whether it’s the hard-hitting piano, bumping bass and Lizzo’s exuberant confidence on the soulful “Truth Hurts”, or the futuristic sounding “Panini” using an interpolation of Nirvana’s “In Bloom” and whistles behind Nas X’s Autotuned rap croons, both show that it’s not just the same sound on every track.

Hip Hop also moved towards becoming a more progressive genre after years of being labeled misogynistic and homophobic. The seismic explosion of women rappers getting their due like Rapsody, Tierra Whack, Rico Nasty, the aforementioned Megan Thee Stallion and plenty more finally put a spotlight on some extremely talented female MCs after the headlines were dominated by Nicki Minaj for most of the decade.

Homosexuality, a divisive topic in Hip Hop since the genre’s inception, became more accepted with Lil Nas X coming out of the closet, the continued success of The Internet’s Steve Lacy and Brockhampton’s Kevin Abstract, along with Tyler The Creator exploring bisexuality on his last two critically acclaimed albums Igor and Flower Boy. Hip Hop isn’t nearly at the level of tolerance and equality it needs to be, but the status quo is starting to shift.

Though admittedly, 2019 wasn’t a perfect year for Hip Hop music. Even with the breaths of fresh air, a good portion of popular material in rap still retained a tired sound. That blandness limited the number of timeless material, at least on the mainstream side. The influence of Young Thug created many off-brand clones multiplying faster than a single-celled bacterium. Then you have the Migos wannabes and the late XXXTENTACION-inspired copycats coming out of the gate in full force.

But the beauty of the internet is you don’t have to listen to these pretenders. Hip Hop has entered an era where the gatekeepers of radio or media tastemakers don’t hold the keys to someone having a successful career. Like it or not, Soulja Boy proved that the power of internet discovery can launch someone into the game, giving the consumer freedom of choice to listen to anything they want, opening the door where the OGs, mainstream, and underground can all be accessed smoothly.

You can listen to the old school boom-bap of Pete Rock and Skyzoo, while also tuning into the genre-breaking punk-influenced bars of JPEGMAFIA. You can throw on the politically-conscious art rap of Quelle Chris and still satisfy your need for ignorance and turn up with Playboi Carti. The choice ultimately is in the listener’s hands. If they want a certain style, mood or vibe, Hip Hop has at least a few artists satisfying the niche, guaranteed.

Hip Hop is undergoing a metamorphosis where it’s challenging the norm and encouraging more creativity than ever before. A genre not progressing leads to its decline and Hip Hop doesn’t have that problem. Regardless if you love East Coast Boom Bap, West Coast G-Funk or metal-infused horrorcore, Hip Hop has you covered and if there’s a styling you don’t like, with so much music out there now, it’s never been easier to hit the skip button.

No one knows what’s next for Hip Hop, but one thing is clear, the genre is beginning to balance out (just like what YBN Cordae said on “Old N****s” over a year ago) and the uncertainty of what’s next should excite Hip Hop heads of all kinds.