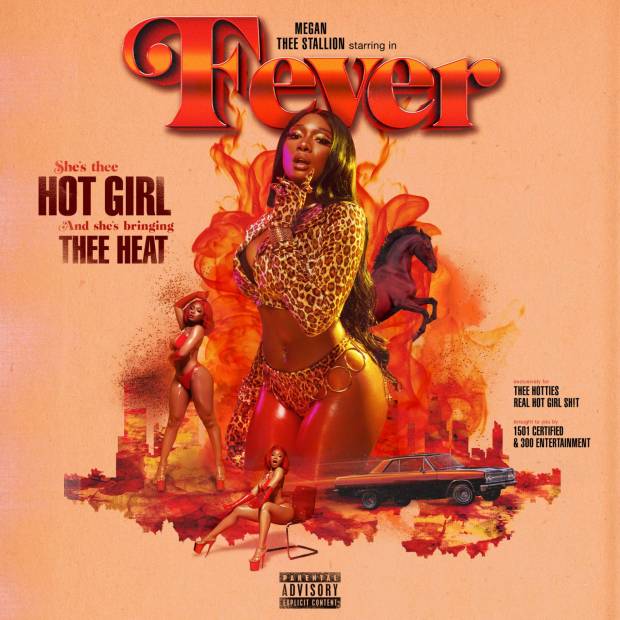 Hip Hop needed another overly sexualized female rapper just like it needs another … well, male rapper in general. Yet, Megan Thee Stallion was able to wedge through the dozens of dolls who permeate the culture with her unabashed, liberating raps and fierce delivery that mirrors the horsepower of her physique.

With her buzz at a new career-high, the Houston native has elevated her status with the release of her debut album, Fever, a relentless onslaught of ratchet gold material that culminates into a modern day street classic.

The album comes out harder than ejaculation. On “Realer,” she commits lyrical arson atop a sinister barrage of 808s, putting to bed any notions that she can’t rap rap; “Hood Rat Shit” evokes visions of ghetto queens four-deep in a Honda Accord, en route to the club to alleviate suckers of their finances; and “Cash Shit” with DaBaby highlights why both Southern stars are among the most entertaining rappers out as they trade hilariously clever sexisms on the booming collaboration.

Fever’s production equally turns its back on attracting fair-weather rap fans who need cotton candy samples to pay attention. In fact, the project owes a great deal of inspiration to the raw Three 6 Mafia days, such as Project Pat and Supah Mario’s reprise on “W.A.B.” (a.k.a. “Weak Azz Bitch”), and Juicy J’s assistance on the twerk-inducing “Simon Says” and “Dance,” which are also updates on past Hypnotize Minds glory.

Megan’s authenticity and ability to get a party started easily earns its credentials but around the midway point (like on the flossy “Money Good”), the depth of her artistry seemingly starts and stops with “bad bitch” content. It’s the downside of taking the mixtape approach.

While Hot Girl Meg will need to rev up her polish and creativity before she can properly be mentioned in the same sentence as you-know-who and the other one too, Fever will serve as the index when fans are whining about missing the “old Megan The Stallion” after she fully crosses over.