Review: Eminem Earns The “Revival” Redemption He Sought With “Kamikaze” 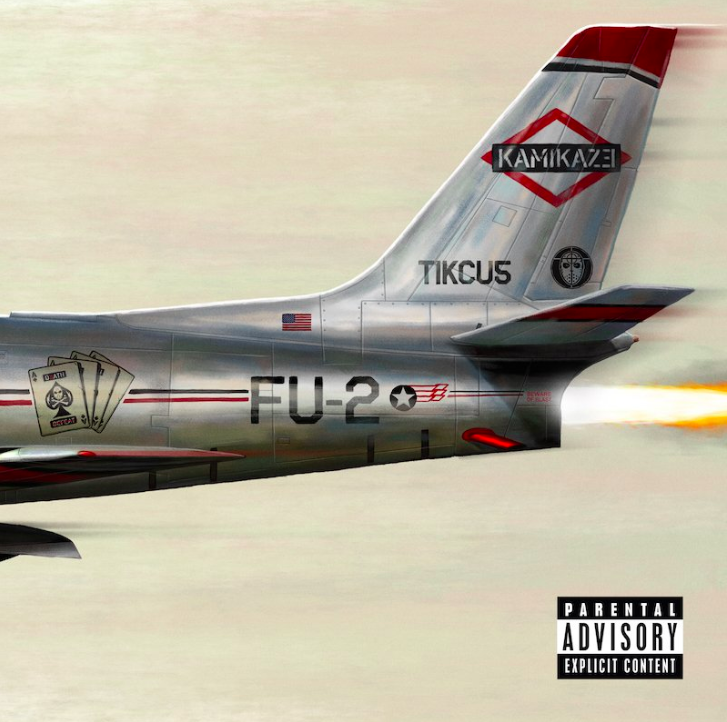 Rewind the clocks back approximately 10 months and Eminem was wallowing in an extremely low point in his career. Not life per se; that would be the well-documented period where he nearly overdosed. However, at 45 years old, Marshall Mathers couldn’t wrap his head around the fact that the masses weren’t feeling his raps from his ninth studio album, Revival, at the time.

Let social media and popular score aggregator Metacritic tell it, the project was the biggest dud of his career and he was better off wallowing in his riches in whatever Detroit bomb shelter he’s been holed up in since the aforementioned overdose.

Ever the defiant Libra, Eminem has seemingly listened to the criticism, read all the negative articles and social media comments and used it to fuel Kamikaze, an album that crash-landed into the rapmosphere on August 31. And like its title alludes, the explosive project proceeded to fuck up all that we’ve come to expect from Em with noticeable in-pocket rhyme schemes atop traditional rap boom and bap composed by the likes of S1, Illa Da Producer, Mike Will Made It and more.

So is Slim Shady back? Sure, in a sense. Despite running the narrative of fans and (ahem!) critics being too thick-skulled to absorb Revival’s supposed greatness into the ground, Kamikaze instantly assumes the identity that Em has taken heed to some of the weighted judgment on his artistry. On “The Ringer,” it could be argued not since The Eminem Show has an Eminem album opened with such conviction and command. From Lil Yachty to Mike Pence all the way back to Lil Pump and Charlamagne Tha God, the name drops are aplenty and his scorn is more focused than ever.

From there, the Shady onslaught is equal parts enjoyable and informative. When he spars with his new age descendant in Joyner Lucas on the fiery “Lucky You,” he admits “They’re askin’ me, “What the fuck happened to Hip Hop?” I said, “I don’t have any answers.” ‘Cause I took an L when I dropped my last album It hurt me like hell but I’m back on these rappers.” On “Stepping Stone,” those who have been down since day one get their closure on the D12 situation with ruminative wordplay. Even the clear-cut single “Venom,” scored for the potential blockbuster of the same name, is layered in real MC grit, making for a catchy ladle worth holding on to.

So is Kamikaze the definitive Eminem comeback? He’s been here for years and getting him to fully understand that the heyday of the dozens of rap legends he shouts out throughout the album has come to end (sans Lord Jamar, who’s among the firing squad who gets blasted on the bold “Fall”) is a conversation that will only go so far. He and his contemporary in Royce Da 5’9 show their age badly on the red-hot Tay Keith’s shoot dance track “Not Alike” by dousing it with rapidity-rap. And he’s still trying square peg his round hole “girl” records, mainly on the Jessie Reyez-featured “Nice Guy/Good Guy” couplet, which come off as “Kim”-lite yawners. As one of the greatest storytelling rappers of all-time, his imagination would have worked wonders for beefing up the album’s amenities.

When you siphon the fuel from the Revival backlash, it’s obvious that Detroit bunker still hasn’t given Marshall much to rap about but that shouldn’t negate the reality that Eminem has returned with a very solid body of work after being longed counted out as a venerable threat.

Rappers mentioned on the album who can’t lyrically compete need to puff on that shut-da-fuck vape and keep it moving. Fans clamoring for the old Marshall Mathers should stream the old album or hell, rent it from the library or something. After being faced with nothing to prove as the highest-selling rapper of all-time, Eminem’s found another challenge in perfecting the new style he’s put on display.