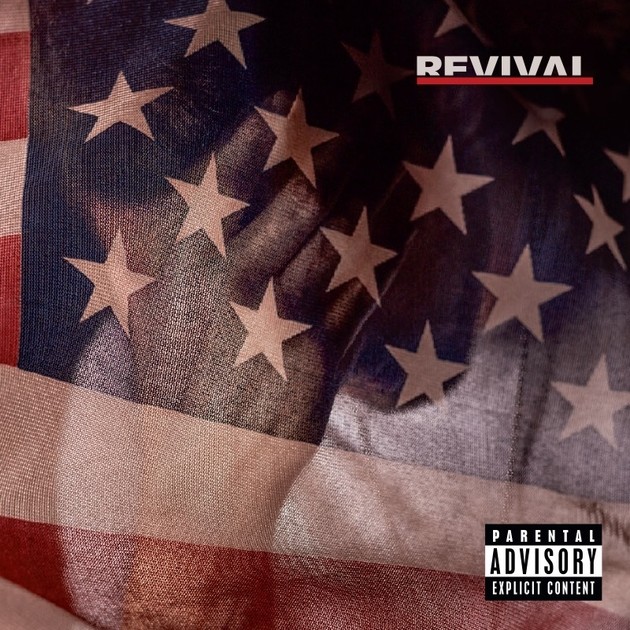 To continually point out the obviousness of Eminem being past his prime seriously negates all the good he still brings to the Hip Hop table. Mr. Marshall Mathers unequivocally exists as one of the best MCs to ever wield a microphone but the title he arguably holds with undisputed repose is being the best rhymer of all-time. Like his unappreciated 2010 interview with Anderson Cooper attested to, Eminem is Hip Hop; he’s the kid with the notebook who tunes out the rest of the world to squeeze codas out of diction regardless if the English language agrees or not.

As the highest-selling rapper of all-time, Em could easily sit back and let history orgasm his ego. Yet, the demand and itch to create remains equally high. Said demand, however, is loaded in insuperability. Fans say they want new music that reminds them of the self-imposed good ol’ days.

Recreating the past is progression poison but times will always change. Sometimes even architects don’t always have the blueprint for going forward, which makes Revival, Eminem’s ninth crack at snatching a Best Rap Album Grammy an admirable feat — even if it doesn’t whiff the top half of his storied discography.

Understandably panned for its bottomless harmony and leaning on Beyoncé’s radiance, lead single “Walk on Water” buys back its credit for the sheer level of coherence it employs, especially with lyrics like “It’s the curse of the standard/ That the first of the Mathers discs set/ Always in search of the verse that I haven’t spit yet/ Will this step just be another misstep?,” later acknowledging he often second-guesses his own decisions, even after the world has already picked them apart.

Eminem’s dedication to wrecking mics like Robert Mueller can never be questioned but the production choices still remain an enigma. When he’s not bathing in lamely visible rock samples like Joan Jett and the Blackhearts’ “I Love Rock ‘n’ Roll” or The Cranberries’ “Zombie” (on “Remind Me” or “In Your Head” respectively), he’s mostly square pegging his intensified lyrics on mechanical slabs of assembly line pop hybrids. On paper, having Just Blaze and Alicia Keys assisting in a sharp-tongued slandering of an asinine president sounds like the 2002 winning lottery ticket we never scratched off. Yet, “Like Home” falls short. Its unblemished piano dribble casually leads to the patriotic crescendo before capping a beaming Keys chorus. Still, it doesn’t come close to the impact felt from his solo BET Hip Hop a cappella freestyle (that still warrants a response from Donald Trump).

Sonically, Revival mainly signifies that the Eminem/Alex da Kid Era — and everything its influenced has run its course in terms of delivering moving records. 2010’s Recovery birthed the widely successful “Love the Way You Lie” and has regurgitated tone deaf records in efforts to duplicate its success ever since. When you strip the present-day apologies that shatter “Bad Husband’s” core, you’re left with his previous diary entry heard on 2004’s “Mockingbird” — without the dazzling melody.

On “Need Me,” Em is demoted to being a guest on his song, thanks to P!nk’s hefty passion-filled verses over top an orchestrated circus of bass drums and noisy arrangement. And then there’s unfiltered “Untouchable,” where Em affirmatively shows where he stands in terms of this country’s racial ills and blue lives matter bullshit (sorry, passive conservatives!) yet the yucky composition of the track lends more focus to its lack of rhythm more so than the message.

And the overarching choice to tap into platinum pop stars for assistance isn’t a crime — but failing to synergize the best of their individual talents most certainly calls for jail time. Every Top 40 guest hook feels like a mailed-in envelope without enough spit to secure the package. Kehlani’s trademarked painstaking vocals are severely underused on “Nowhere Fast.” Even her generic “Ashes blowing in the air/ Our world’s on fire, but we don’t care” lines add red-hot cringes on an already burning pile of a track. Ed Sheeran’s appearance on “River” is no less cookie-cutter than the rest of the batch but he does get positioned to shine over the self-loathing, ruminative grunge track.

While Em’s bullheaded decision to experiment with the flow should be heartily respected, it doesn’t shroud the fact that he’s not charting any new territory, at least topically. But it’s largely the retreads of past glory where he hits his stride the hardest. On the hypnotically-produced “Framed,” Marshall dons the hockey mask for old times sake and pulls up off homicidal fantasies that for better or worse, feature the album’s most in-pocket rhyme moment.

Call the filler track “Offended” the “Rap God” sequel all you want but the bars of fury intertwined with Illa Da Producer’s muted horn loop feature the album’s most true-blue Hip Hop moment. And when he plunges into his drug-altered psyche to speak on his greatest love — his daughter Haile Jade — the ever-reliable DJ Khalil steps up to the plate on “Castle” with a darkened soundbed of macabre guitars and deathly drum marches that feature the album’s most vintage Eminem moment.

Try to use imagination and empathy for a second, and understand what it’s like to currently be Eminem. Strip your mind of all the riches, success and accolades earned by a Hip Hop legend nearing the better side of 50-years-old and one will realize how an album like Revival is even created. No, the LP never realizes its title’s definition but real fans don’t subscribe to a “classic-or-bust” mentality. They hold their heroes accountable for their shortcomings but don’t dismiss the entire effort. Mr. Mathers has earned that right once again with yet another salvageable body of music. Salute.