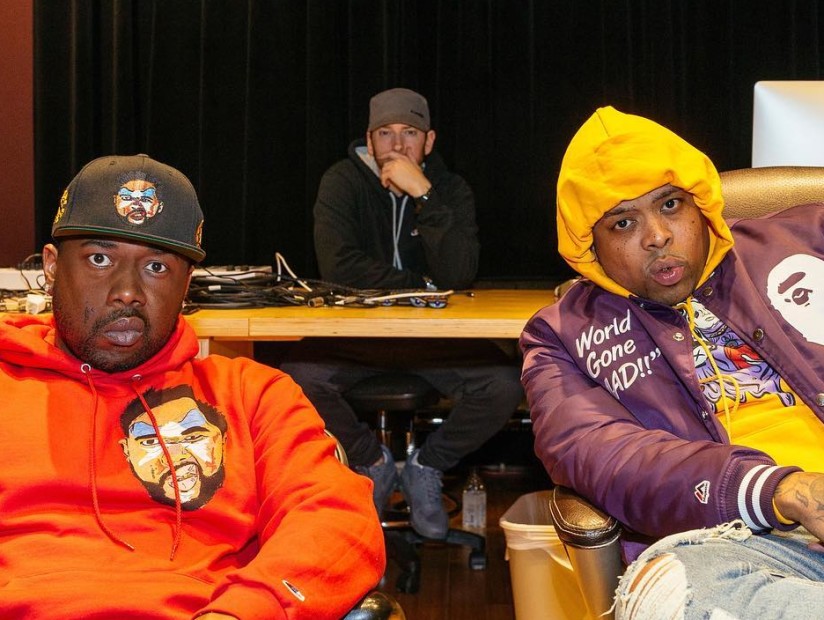 Here’s a mind-blowing fact for you: Eminem is the second highest-selling male artist of all time right behind Garth Brooks.

Yep. That’s a lot of Marshall Mathers LPs sold, among records and ringtones.

Truth be told, even with the success, Eminem doesn’t get a lot of credit for being a viable record label boss. Sure, popularity is known to bleed across fanbases when it comes to Hip Hop but given the (platinum) touch he had with 50 Cent (which bled over throughout G-Unit), Obie Trice, D-12 and several others, his attention to detail as an executive producer should never be undermined.

In light of his recent BET Hip Hop Awards lyrical exposé, refamiliarize yourself with the artists currently signed/affiliated with Shady Records down below.

Royce Da 5’9 has emerged as one of the most reliable quality control MCs this decade and his longstanding relationship with Slim has always proven to keep some level of anticipation going. Their Billboard success (“Nuttin’ to Do”) and the glitzy “Lighters” barely scratched the surface on what these two can do accomplish. Lyrically, at least.

The Detroit collective to which Eminem originally spawned from always were overshadowed by their more outspoken leader, but there have been a plethora of zany and unpredictable bars along the years. That’s not even mentioning one of the most memorable hype men in all of Hip Hop in the late Proof.

Boogie (not A Boogie Wit A Hoodie)

With all the talent he’s exhibited in his short career, Westside Boogie has been most criticized for his lack of consistent content, especially when stacked amongst his fellow Cali rap neighbors. But the reasoning was revealed a few days ago following Eminem’s Trump-roasting freestyle when Boogie announced that he signed with Shady. The rest, should be, a great history.

Merging their indie powerhouse talents to the major stage seemed like a good idea on paper for the four-man collective but it since hasn’t translated into a viable moment, with no signs of picking up steam. (Their Instagram page hasn’t even updated in two years.) It’ll be a classic case of best to never do it should they decide to stay on ice for good.

From his Trunk Muzik breakthrough to the present day, Catfish Billy has seen his share of ups and downs just like any passionate artist who’s ever tasted the limelight. But his unique redneck sensibilities that still manage to comfortably fall underneath Hip Hop’s umbrella have made him a fan favorite as well as a delightful breath of unpredictability over the years. His upcoming album looks to put him back in the driver’s seat of his career.

Team Griselda has proven that the bare bones approach of Hip Hop still works but can the flygods move units to the masses? Stay. Tuned.

Career Highlights: Best-selling rapper of all-time; Consistently mentioned in GOAT conversations; Once had some alone time with Mariah Carey

The career highlights speak for themselves. Also, he has a new album coming out.

*Original publishing of this article attributed Eminem’s to founding Shady in 1990. The 9 and 0 are right next to each other on the keyboard. Sorry about that!