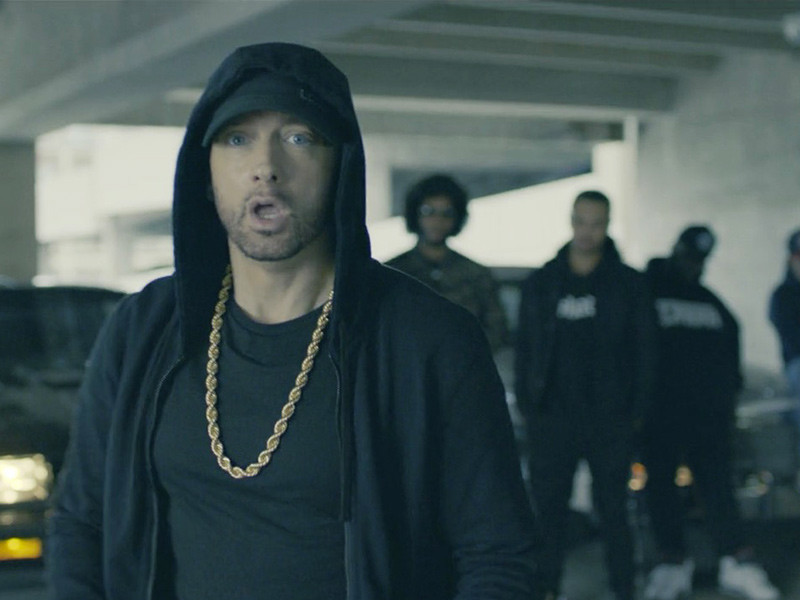 Eminem’s freestyle at 2017 BET Hip Hop Awards garnered a tremendous amount of attention due to Slim Shady’s lyrics about President Donald Trump. Unfortunately, the televised version as well as the one released online were censored, so fans could not hear the unfiltered words of Marshall Mathers.

Shade 45’s DJ Caesar rectified this by premiering the uncensored version, which now has a beat attached to it, on Eminem’s uncut Hip Hop radio channel.

Listen to radio rip of Eminem’s uncensored Trump diss below.

Eminem made his disdain for Donald Trump abundantly clear during the 2017 BET Hip Hop Awards. Slim Shady took aim at the president, his supporters and white supremacists in a fiery freestyle that aired during Tuesday’s (October 10) show.

Battle lines were drawn as the Shady Records founder disavowed any of his fans who support Trump. Although the majority of the bars were directed at the commander-in-chief, he also took an opportunity to show love to former San Francisco 49ers quarterback Colin Kaepernick.

The 2017 BET Hip Hop Awards air on Tuesday night (October 10) and it looks like the event will mark the return of one of Hip Hop’s most celebrated MCs.

Host DJ Khaled took to Instagram to announce Eminem is confirmed to take part in a freestyle cypher during the awards ceremony.

Slim Shady has been frequently popping up in headlines as of late. His ninth studio album is rumored to be coming in November.