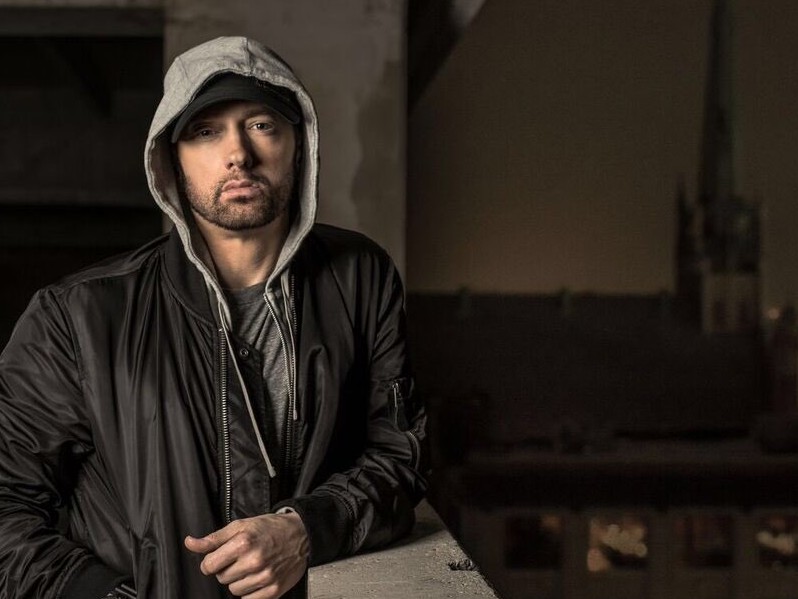 Throughout his career, Eminem has always had a habit of going after the political class. “White America” was a shot at censorship and hypocrisy, “Mosh” was a full-blown attack on the Bush administration and the Iraq War, and this time around, Em is taking aim at one single man: President Donald Trump.

The FULL verse that EVERYBODY is talking about! @eminem BODIED THIS! #HipHopAwards pic.twitter.com/zoS0wEwjQF

Em’s BET Hip Hop Awards cypher verse that was bound to get a reaction — not least because Slim gives his fans an ultimatum on choosing between whether they want to be a fan of his or a Trump supporter. Trump won Em’s home state of Michigan by a narrow margin in the 2016 election and can chalk most of his support up to the “white working class” — a demographic that Em would have fit into for much of his life.

So in an America that is perhaps the most divided it’s been since the Civil War, how did fans and political commentators react to Eminem’s four-minute character assassination of the president?

Veteran political commentator Keith Olbermann, an avid Trump dissenter (and apparent Hip Hop doubter since 1990), wrote on Twitter that he believed the a cappella verse to be the finest political writing of the year so far.

After 27 years of doubts about rap I am now a fan.

Colin Kaepernick, whose protest Em shows support for throughout the verse, also got in touch to show his appreciation.

I appreciate you @Eminem ✊? pic.twitter.com/nwavBwsOkQ

LeBron James, who has just recently called Trump a “bum,” and said that visiting the White House is no honor for as long as Trump lives there, quoted some of Em’s lyrics from the verse alongside fire emojis.

Racism is the only thing he's Fantastic 4(fantastic for), cause that's how he gets his rock off, he's orange. Sheesh @Eminem!! ??✊???#United pic.twitter.com/wcL28BCWpy

Fellow rapper J. Cole, who recently advocated for a boycott of the NFL until substantive changes are seen within the organization, also tweeted his support for Eminem, calling him “Rap God.”

But of course, Eminem’s own past of misogynistic, violent and homophobic lyrics come back to haunt him on issues like this one, and plenty of Trump’s defenders had ample ammunition to discredit Eminem as a valid critic.

#Eminem who made millions corrupting the minds of kids with garbage lyrics.. rapping about murder, rape & drugs.. Get out of here you clown.

I really don't give a fuck what his wack ass has to say about 45, tbh

Apparently sexist rappers like #Eminem are the new face of the @DNC. Goes to show how vacant the party is. Good luck in 2018, you'll need it

Of course, the one person who hasn’t responded to the verse on Twitter … is Donald Trump himself. Wonder how long that will last.

Check out some more reaction below.

Woke this morning to find that Eminem had already been woke. On ?.

Very cool to see that Eminem has been reading my tweets.

Protect Eminem at all cost

Life in the stupidest timeline. pic.twitter.com/FQQ2onev8K

Disappointed that it's nearly 9:30 am and Trump has yet to kick off today's Eminem feud

The list of good 2016-2017 BLACK protest rap and soul you have to step over to lay the props on the 8 Mile guy is long and arduous.

That time when Trump endorsed #Eminem for President back in 2004 pic.twitter.com/g8l8TGPLXe

"Washed up" Eminem – who lost clearly to MarvWon at the shelter – has now grown a small beard and insulted our great country. Apologize!