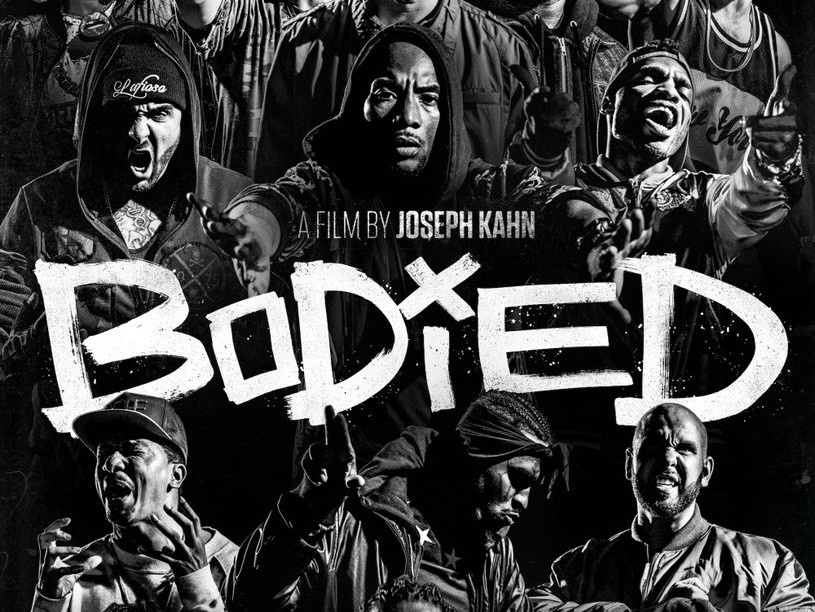 Eminem’s Battle Rap Movie “Bodied” Is A Hit At TIFF

In his introduction at the highly anticipated world premiere, director Joseph Khan cracked that the controversial film could possibly sink his career, as well as that of anyone involved in bringing it to the festival. But throughout the Eminem-produced film’s two-hour running time, a diverse cast of characters (many of them renowned battlers playing on archetypes from the actual subculture) spat what seemed like every racist, homophobic and misogynistic slur on Urban Dictionary, and somehow managed not to offend anyone.

Initial reviews from fans and critics have been overwhelmingly positive. Check out some reactions below.

Bodied kinda killed in The 6. Congrats @josephkahn and cast and crew. Well done!

I got no skills when it comes to spittin' rhymes, but I can recommend the fxck out of movies that are worth your time. #Bodied #TIFF17

#Bodied at #TIFF17 was insane. I loved it. Great start to Midnghy Madness. Made me wish I knew more about hip hop and battle rap.

#BODIED was unreal. This is gonna be everywhere. Thanks @CalumWorthy @rosenberg (who took the best selfie) @cthagod @JosephKahn #TIFF17 pic.twitter.com/a1LE5882xf

Even before Thursday’s midnight screening, the four showings of the movie had sold out on strong local media buzz.

The man of the hour. Kid. Fucking. Twist. #bodied

We’re working on a full review for DX. Keep your eyes peeled.

[This story has been updated. The following was originally published on September 7, 2017 at 1:48 PST.]

Kahn believes that battle rap is the last “safe space” for free speech and Bodied will push the envelope when it comes to topics that are deemed too sensitive in today’s society. “I want to do a treatise on the way the world exists today,” Kahn told The Globe and Mail. “Right now, the thing that is consuming the world, specifically North American culture, is race relations. And how you live in a world of multiculturalism and where are the spaces you can talk about things and not talk about things.”

Prepare for everyone to get roasted.

Someone is going to get Bodied tonight at TIFF. Excited for the premiere of our flick with @JosephKahn, here's the poster! pic.twitter.com/Z2mgtjnH1U

The Eminem-produced movie will also feature a ton of well-known battle rappers including Toronto’s Kid Twist, who co-wrote the script with Kahn. Kid Twist and fellow battle rap star Madness will be going bar-for-bar for a live showdown at the festival as well.

Check out @BattleRapDotCom for live updates from the premiere.