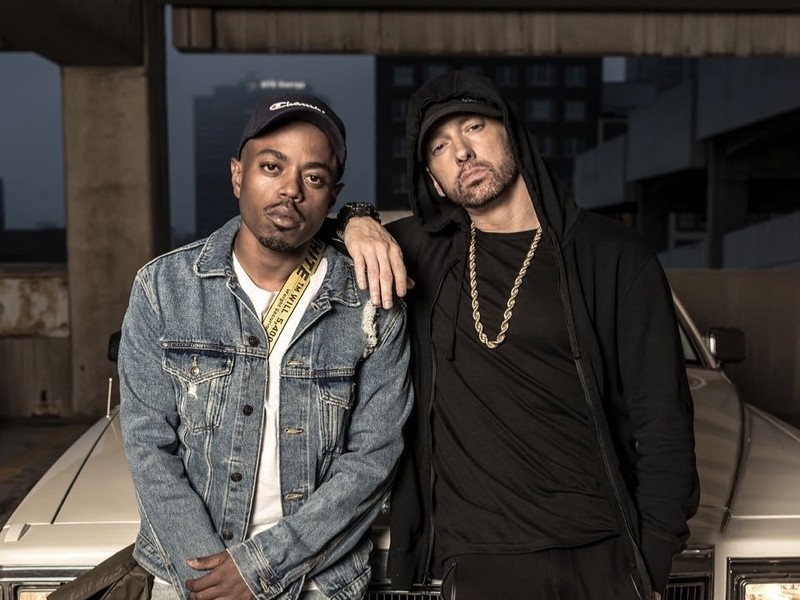 Boogie is the newest member of the Shady Records roster. Viewers may have noticed the West Coast MC standing behind Eminem during the already infamous freestyle at the 2017 BET Hip Hop Awards, and now they know the reason why.

The '17 Shady @BET cypher is out! Proud to welcome Compton's @WS_Boogie to the family. https://t.co/NYwlsFsnH6 pic.twitter.com/RE98DXQpvy

Shady Records officially announced the signing of Boogie via social media on Wednesday (October 11). Compton’s Boogie (not to be confused with A Boogie Wit Da Hoodie) confirmed the news on Instagram, deleting all of his posts except for a picture of himself and Eminem.

Boogie’s addition to the Shady Records roster is Eminem’s second notable signing of 2017. Earlier this year, Marshall Mathers inked a deal to bring Griselda Records into the family. Griselda’s Westside Gunn, Conway and Benny were featured in a Shady cypher with Boogie for the 2017 BET Hip Hop Awards that didn’t air during Tuesday night’s (October 11) telecast. Watch it here.