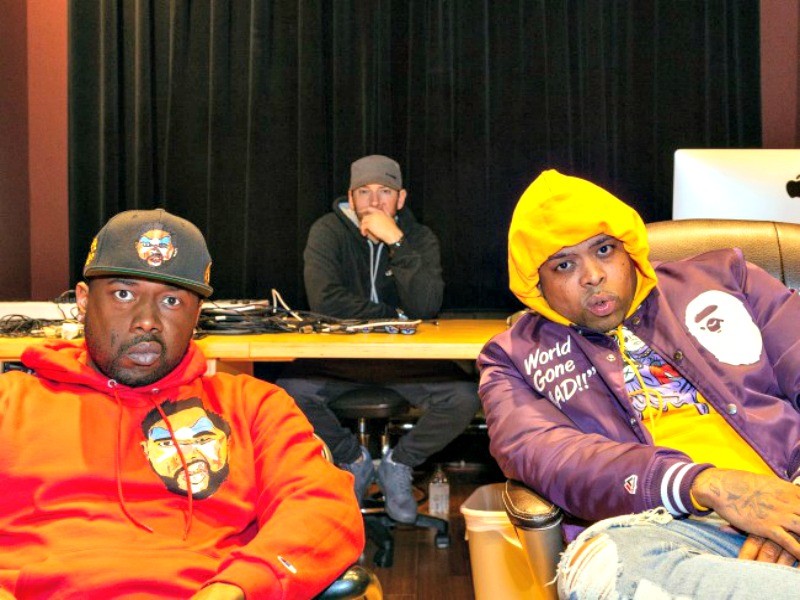 Griselda Records acts Westside Gunn and Conway The Machine have become underground favorites in a few short years with their gritty throwback style of boom-bap. The Buffalo, New York rappers just inked a deal with Eminem’s Shady Records and announced the signing with a new track featuring their new label boss on the intro.

“The style and energy of Griselda Records, Gunn and Conway are infectious,” Marshall Mathers said in a press release. “We can’t wait to put them on the platform they have earned and deserve.”

Shady Records went into detail about the freshly inked deal via their website, explaining the rise of the upstate New York rappers. Founded by Westside Gunn in 2014, Griselda Records has become a force in the industry by way of street-themed Hip Hop and a penchant for samples reminiscent of the ’90s. In the early 2000s, Conway earned a rep as one of Buffalo’s best and was managed by Westside, who is also his brother.

Conway survived a 2012 shooting where he suffered damage to his face and developed Bell’s Palsy, but still kept recording and has released a series of mixtapes and side projects. With Westside, the pair forms the duo Hall n’ Nash, an homage to the WCW tag team wrestlers, Scott Hall and Kevin nash.

“We’re bringing a new sound to the game, but it’s also reminiscent of the grimey 90s,” Westside said in a statement. “Art is in everything we do…it’s the essence. We’re fusing boom-bap/dark sounds with the hipster cool kid lifestyle. A new lane is being carved.”

Westside Gunn and Conway are the first rappers out of Buffalo to score major label distribution, according to Shady Records. As Hall n’ Nash, the duo has an untitled project produced entirely by The Alchemist on the way ahead of their full-length Shady Records debut.

Check out Westside Gunn and Conway, aka Hall n’ Nash, on “MachineGun Black” in the track above with production from Just Blaze.