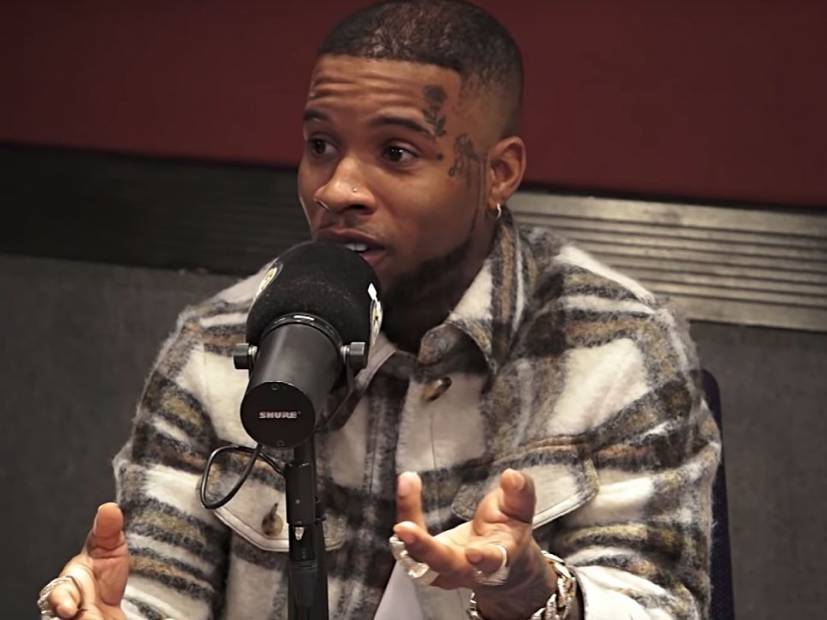 Tory Lanez: 'Rap Is In A Horrible Place'

Tory Lanez recently stopped by Hot 97’s Ebro In The Morning to discuss a myriad of topics, including his Chixtape 5 project. At one point, the conversation pivoted to the state of rap and the Canadian artist didn’t hesitate to express his disappointment in the seemingly homogenous rap landscape.

“There’s a lot of other dudes who I feel like come up — of course we all draw sounds and inspirations from each other, like I’ve been one of the people who’ve done that too  — but at the same time, I feel like when everybody starts to sound the same … and I keep hearing the same drum and the same kick and the same snare, and the same hi-hats, the same patterns, it gets to a point where I start saying, ‘This shit’s in a bad place right now.'”

Lanez also gave credit to Young Thug who he says is responsible for “75 percent” of the “rap style that’s going on right now.”

“I don’t think we shine enough light on Thugger for that,” he added. “There’s a lot of copying of Thugger. It’s so important for him to shed light on it because of the fact that people just have been taking his style so blatantly and not showing the respect.”

Elsewhere in the interview, they discuss Lil Xan’s face tattoos, why he chose Ashanti for the album cover and more.

Watch the interview in its entirety above.