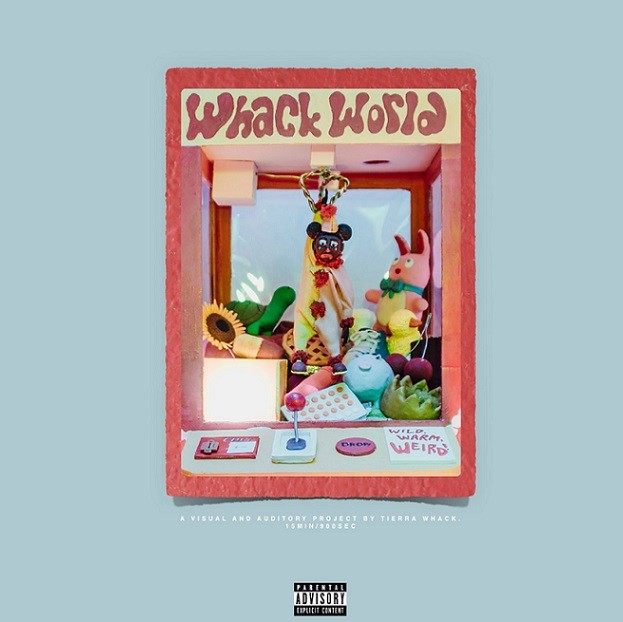 Tierra Whack recently released her unconventional debut album, Whack World, a strange journey into the eccentric mind of the burgeoning Philadelphia artist. Before getting into what makes the 15-minute audiovisual project brilliant, let’s talk about the glaring negative.

Each song on the 15-track effort is precisely (and purposely) one-minute long to coincide with 15 Instagram videos that go along with the album. Just when “Hookers” gets going with its infectious R&B groove and unabashed bravado, it’s over.

Simply put, the songs feel unfinished, which is a shame because — and here’s the crazy part — they’re all so good. Even without the video clips, Whack is able to express nearly every emotion a woman can experience in a 24-hour period, backed by a myriad of musical styles.

From the doo-wop stylings and heartbreak vibe of “Silly Sam” to the country twang in the brazen “Fuck Off” anthem, Whack exposes her audience to the multiple characters she’s able to summon from her complex and colorful personality.

Coupled with the inventive visuals, the Whack World experience puts all senses on high alert. For “Bugs Life,” Whack removes her hood to unveil a horribly disfigured face as she asserts, “Yeah/Probably would of blew overnight if I was white/Rap with a mic and wore really baggy tights/It’s aight,” seemingly accepting her slow rise to notoriety.

After all, the former Philly battle rapper known as Dizzle Dizz has been at it since 2011, when she was still a wide-eyed 16-year-old. Her unwavering determination is evident on album opener “Black Nails,” as she raps, “Best believe I’m gon’ sell/If I just be myself. ”

Like the American flag on the moon, Whack World is the 22-year-old’s declaration that she has arrived. Not since Missy Elliott’s “The Rain (Supa Dupa Fly)” has a female rapper/singer captivated her audience with such weird, unbridled innovation.

But instead of a giant, inflatable trash bag-looking ensemble, Whack dons multiple looks for her video collection — she plays a dog groomer in “Flea Market,” boujee badass in “Hungry Hippo,” beret-wearing animal lover mourning her dog’s death in “Pet Cemetery,” balloon-popping maniac in the aforementioned “Fuck Off” and chubby exercise fiend in “Fruit Salad.”

As Whack World begins to come to a close, Whack proves she’s poised for an industry takeover if she plays her cards right, especially on project highlight “Pretty Ugly” when she spits, “It’s about to get ugly, flow so mean I just can’t be polite/Don’t worry ’bout me/I’m doing good, I’m doing great, alright.”

Like many of her peers (Solange, Tyler The Creator, Vince Staples, Mike WiLL Made-It) have already acknowledged, the Whack World of Tierra Whack is one that demands more exploration.