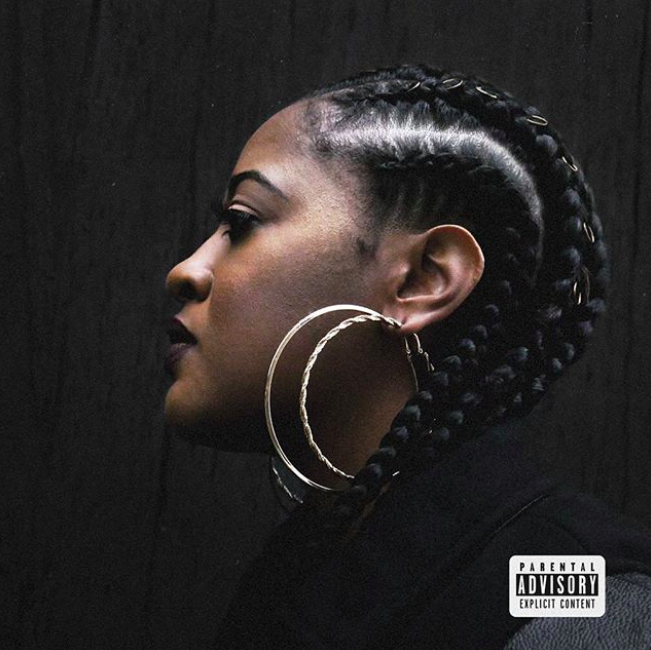 As a young woman growing up in the small rural town of Snow Hill, North Carolina, Rapsody idolized Lauryn Hill and Aaliyah. She admired both their artistry and what she calls their “tomboy femininity.” She quickly realized she saw something in them that she saw in herself.

“People think because I’m a tomboy and I’m fully clothed, that that’s not sexy,” she recently told HipHopDX. “But there’s a tomboy sexiness in that. I grew up in a time where Aaliyah was the biggest thing out and one of the sexiest things out. She wore baggy jeans. She wore big, oversized jackets. She was that tomboy femininity.”

So, it comes as no surprise Aaliyah is one of 15 strong black women Rapsody immortalizes on her third studio album, EVE. The 16-track potent lyrical adventure is peppered with countless poetic musings masquerading as seamless Hip Hop tracks, easily solidifying Rapsody’s musical legacy.

From the first note, it’s almost like Nina Simone’s “Strange Fruit” was made to birth “NINA,” the cascading album opener. As Rap spits her carefully crafted bars, the song slowly builds before it’s suddenly at its proverbial peak, spilling over into the 9th Wonder and The Soul Council-produced “CLEO.”

The hard-hitting banger, which is sprinkled with samples of the 1981 Phil Collins hit “In The Air Tonight,” enters the picture firing on all cylinders. The song is dedicated to fictional bank robber Cleo Sims, who was played by EVE collaborator Queen Latifah in the 1996 film Set It Off.

Here, Rap speaks to her critics and reveals she hasn’t always felt welcome in a culture she so effortlessly embodies.

“Remember  early on, y’all ain’t treat me all the same though/Used to question why the brothers even rocked with me for,” she spits. “Member y’all wondered, used to wonder ’bout Wonder/Question why they’d ever wanna push a black woman/Niggas  on my label who ain’t want me in the front end/Some sisters in the industry, y’all know y’all was frontin’ (I know it)/Dressed too tomboy, rap too lyrical (You said it).”

But like Rapsody confidently conveys on “AALIYAH,” she’s no longer a slave to other people’s opinions anyway.

“I don’t care what you got to say about me no more (More),” she raps. “Double dutchin’ when I’m tuckin’ and my back on the ropes (Ropes)/I be chillin’, ain’t got no feelings when I’m ridin’ the slope (Slope)/Skeezer’s gon’ be skeezers, I’m just dope (Dope)/I’m here to shake the system up, we gon’ rock the boat (Boat)/‘Cause I’m that somebody that you still need to know, squad.”

And with EVE, Rap gives the listener every opportunity to learn who she is through the lives of these powerful women. “SOJOURNER,” in particular, firmly sets Rap in her own category. Throughout the track, she rejects the glorification of typical materialism often found in rap music and makes it clear she’s gonna be alright without that Bentley or multimillion-dollar mansion.

“Lookin’ at the ads, they only love us if our ass out,” she raps. “And so I’m out, I got an Audi and it’s bad. I said that line ’cause niggas only respect you if you brag/It don’t work on me the same, don’t give a fuck ’bout what you have.”

Whether it’s Erykah Badu’s sparkling “Green Eyes” steeping the beat in neo-soul on “MAYA” or GZA’s “Liquid Swords” taking the wheel on “IBTIHAJ” featuring the elusive D’Angelo and the original track’s mastermind, it never feels like she’s making a cheap attempt at recreating legendary songs either.

Rather, it’s more like the perfect homage to the music and artists she holds in high regard, and she ensures every artist gets proper credit — even if they’re controversial.

Throughout the album, there are some subtle and not-so-subtle references to Tupac Shakur, who historically has both torn down women (“I Get Around”) and lifted them up (“Dear Mama,” “Keep Ya Head Up”).

On album closer “AFENI,” Rap spits, “We ain’t your hoes or your bitches” while snippets of “Keep Ya Head Up” linger in the background. While the contradictory symbolism of Tupac is obvious, one of Rapsody’s most endearing attributes is the ability to recognize every human is flawed.

As she told DX, “I don’t expect him [Tupac] to be perfect, but what I appreciate is he was honest, he was truthful and he tried. For every song that talks about women in a light that we may not favor, there was another song that reminded you of who raised him. That’s why it’s important to showcase Afeni, his mother.”

Much like 2017’s Laila’s Wisdom, Rap shares the spotlight with several of her peers on EVE. But even with monster features from her fellow North Carolina native J. Cole (“SOJOURNER”), the reluctant rap goddess Queen Latifah (“HATSHEPSUT”) and fearless spitter Leikeli47 (“OPRAH”), Rap is never outshined.

Her wordplay wizardry, intricately woven details and unparalleled lyrical prowess emanate from every song. As Rap always says, “Culture over everything” and EVE is no exception.