Murs, 9th Wonder & The Soul Council’s “The Iliad Is Dead & The Odyssey Is Over” Is Refined Art 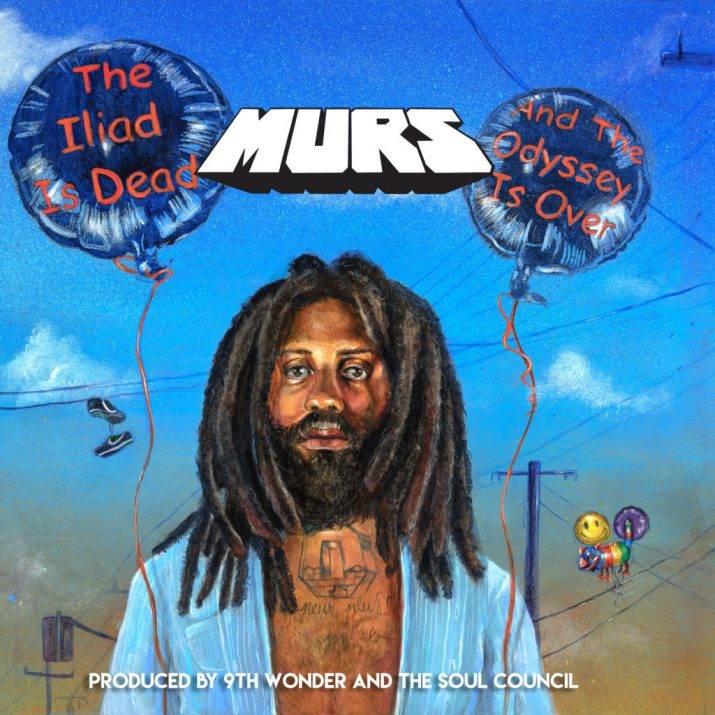 At this point in his career, Murs has nothing left to prove. And yet, he still approaches each new project with a relentless sense of gusto.

On his latest album, The Iliad is Dead & The Odyssey Is Over, he teams up with longtime collaborator 9th Wonder and his collective The Soul Council. The title suggests contentment: there are no more battles to fight or journeys to embark on. But rather than throwing in the towel, he once again serves up music that’s both timeless and contemporary.

The Iliad is Dead & The Odyssey Is Over showcases Murs’ versatility. Over the course of 12 tracks, he hopscotches between irreverence to sincerity. The album opens with “The Hulk,” a laid back record that has Murs rapping about his veteran status over a smooth funky beat. Though he gets serious on the verses, he centers the song with a catchy, nonsensical hook: “I don’t mix my Henny with Coke/I call it the Incredible Hulk.”

Murs has brought on a handful of guests that similarly reject mainstream norms and match his nonchalance. He’s a great collaborator, allowing everyone to excel. “Cancun ‘08” has enticing performances from $ilk Money and Pookie Blow, while “High Noon” gives Rapsody and Reuben Vincent space to flex their talents. And “Super Cojo Bros,” featuring GQ and Cojo, is a notable change of pace, standing out on an album of Hip Hop soul with its swirling synths and bass.

Ultimately, Murs is at his best when he’s honing in on his storytelling skills. “My Hero” is a socially conscious track about a sex worker who after being exploited and traumatized, murders her pimp. He approaches the topic with zero judgement or condescension and goes out of his way to overtly address society’s blatant double-standards: “Sell sex in the US and no one protects you/So pimps and the pushas is who you connect to/Women, they judge you, they hate you, reject you/The oldest profession, yet no one respects you.”

Even if his bars occasionally verge on righteousness, Murs is also transparent about his demons, and at times, just wants to have fun. “Give Me A Reason” has him apologizing to his partner and begging to the point of self-deprecation and “Unicorn Glitter” contains some of the most sexually explicit bars in recent memory. Whether he’s being thoughtful or lewd, he maintains a high level of lyricism.

The Iliad is Dead & The Odyssey Is Over is a masterclass in collaboration and restraint. Instead of choosing the easy route of merely reiterating a legacy, Murs and 9th Wonder are pushing their sound forward. And thankfully, they sound as fresh as ever.