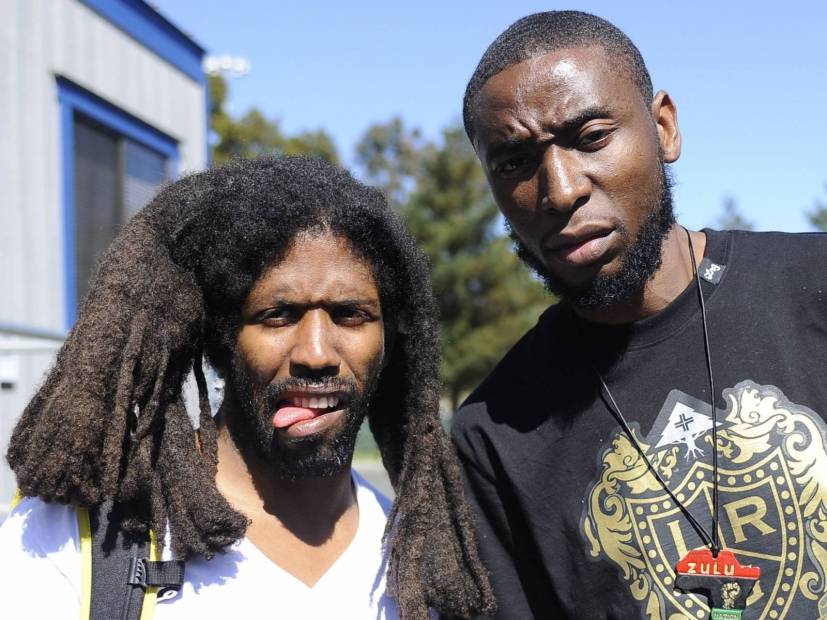 Murs has finally blown the lid off his 9th Wonder and the Soul Council-produced album, The Iliad Is Dead and the Odyssey Is Over. Boasting 12 tracks, the project features special guest appearances from Rapsody, Pookie Blow, $ilk Money and Reuben Vincent, among others.

9th Wonder’s 15-year-old daughter, who goes by JDEAFBEATS, also serves up some beats for the track “High Noon.”

The former Strange Music artist’s new album follows 2018’s A Strange Journey Into The Unimaginable and marks the first project since fulfilling his contractual obligation with the Tech N9ne machine.

Check out The Iliad Is Dead and the Odyssey Is Over album stream, cover art and tracklist below.

[This article has been updated. The following was published on May 29, 2019.]

Murs split with Strange Music, Inc. earlier this year after fulfilling his contractual obligations and has already embarked on a new journey. On Wednesday (May 29), the Living Legend announced a joint project with prolific producer 9th Wonder titled The Iliad Is Dead and The Odyssey Is Over.

The collaborative effort continues their long working relationship, which was solidified in 2004 with the duo’s first release, Murs 3:16: The 9th Edition.

To mark the occasion, Murs shared two singles from the forthcoming project, the Kash-produced “Night Shift,” and the 9th-produced “Ga$ Station Gucci Belt.”

“9th and I have been working together since ’03 and were like brothers at this point,” Murs said in a press release. “This album is my first release post-Strange Music and post a lot of other major life changes.

“I wanted to give it my all, so my wife was kind enough to hold down the fort for a few weeks while I immersed myself in the recording process. Eighteen hours a day listening to beats and trying to craft the best material possible.”

The Iliad Is Dead And The Odyssey Is Over is the result.

“We definitely didn’t rush, as evidenced by the 41-city tour I just completed promoting an album that still isn’t out,” Murs added. “I am tremendously proud of our work and I’m looking forward to sharing it with the world.

“As I begin the next chapter in this epic saga I am blessed to call my career. The Iliad Is Dead And The Odyssey Is Over — when 9th first said that was the title, I was like nah, but now I think it’s a perfect fit for this moment in time.”

The Iliad Is Dead And The Odyssey Is Over serves as the follow-up to 2018’s A Strange Journey Into The Unimaginable and is expected to arrive on July 19.

Check out “Night Shift” above and “Ga$ Station Gucci Belt” below.