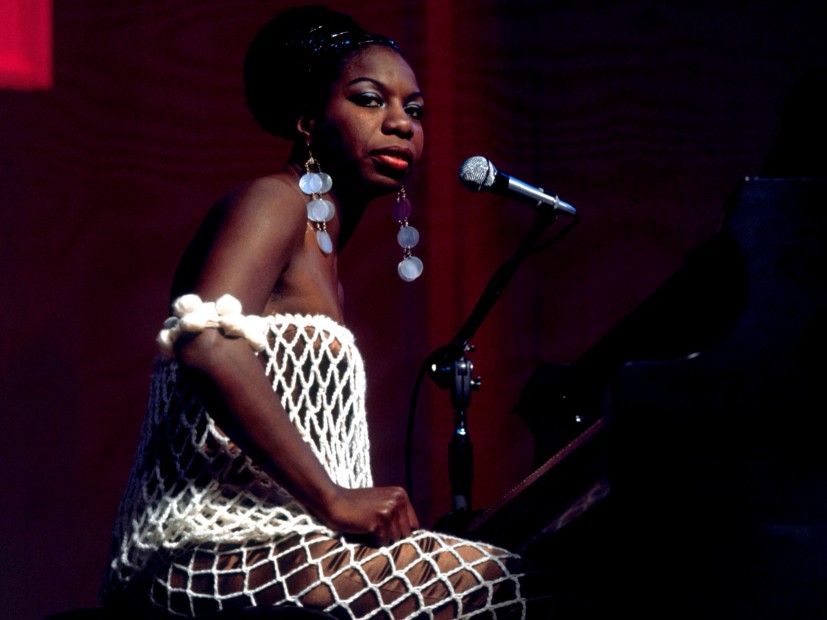 Nine days before her 2003 death, Nina Simone was granted an honorary degree from Philadelphia’s Curtis Institute of Music, the same elite school that denied her admission in the ’50s. She was convinced her rejection was based on racial discrimination, something she fought against her entire life.

Throughout her singing career, which spawned over 40 albums and countless hits like “Feeling Good” and “Strange Fruit,” Simone wore many hats, including that of a Civil Rights activist. Beginning in the early ’60s, her music would integrate messages of equality. Songs like “Old Jim Crow” and “Mississippi Goddamn” addressed the racial inequality that ravaged the South.

Simone died an icon and because of her immeasurable contributions to American music, she will be inducted into the Rock & Roll Hall of Fame on April 14.

February 21 marks what would have been Simone’s 85th birthday. In her honor, HipHopDX has compiled eight tracks sampling Simone’s timeless music. From Kanye West to 50 Cent, Simone’s influence can be found in the least likely places.

Simone’s music can be heard in one of Kanye West’s most controversial videos, “Famous” featuring additional vocals from Rihanna and production courtesy of Swizz Beatz. The Life of Pablo track borrows from Simone’s 1968 single “Do What You Gotta Do” from the album Nuff Said!.

JAY-Z’s racially charged single “The Story Of O.J.” was a standout on the Hip Hop mogul’s 13th studio album, 4:44. Produced by No I.D., the song features samples of Simone’s 1966 track “Four Women.” The single comes from her Wild Is The Wind project.

Yeezy, who has consistently sampled Simone’s music over the years, took snippets from 1965’s “Strange Fruit,” which was actually Simone’s cover of a 1939 Billie Holiday song of the same name. The track appears on Simone’s Pastel Blues.

Before 50 Cent was at the helm of Power, he was dropping mixtapes like 2002’s No Mercy, No Fear. One of the album’s singles, “Wanksta,” takes from the aforementioned “Do What You Gotta Do” taken from Simone’s 1968 album, Enuff Said!. The song was also included on the 8 Mile soundtrack and added to 50’s debut album Get Rich or Die Tryin’ as a bonus track in 2003.

Talib Kweli has also honored Simone with his music several times. In 2000, he teamed up with producer Hi-Tek under the Reflection Eternal moniker. For the track “For Women,” which came from their inaugural album Train of Thought, Hi-Tek drew inspiration from Simone’s 1966 single “Four Women” from Wild Is The Wind.

Prior to their rift, JAY-Z and Kanye West linked up for 2011’s Watch The Throne. For the track “New Day,” the current foes took samples of one of Simone’s most recognized hits, 1965’s “Feeling Good,” from the album I Put A Spell On You.

Two years after Reflection Eternal, Kweli again borrowed from Simone’s catalog for one of his most recognizable hits, “Get By” from his debut solo album, Quality. The song samples Simone’s 1965 track “Sinnerman” from Pastel Blues.

The late Prodigy, who passed away last June, delivered The Ellsworth Bumpy Johnson EP in 2011. It featured the track “Stronger,” which also utilized Simone’s 1966 track “Four Women” from Wild Is The Wind.