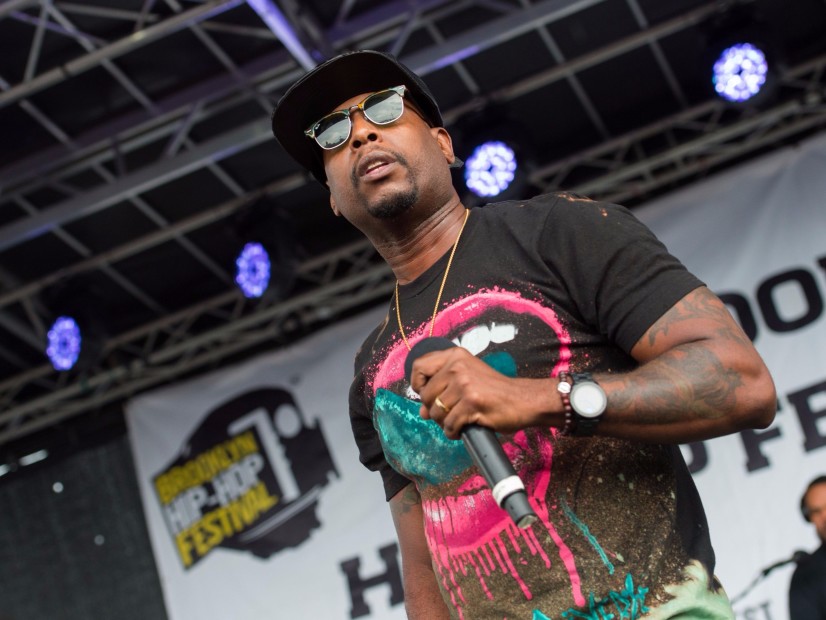 Talib Kweli’s Twitter account has been the subject of scrutiny or praise (depending on who you ask) for some time. While many onlookers may conclude he’s simply trying to rile people up, Kweli says he has a valid reason for engaging with the so-called trolls, deeming it an almost necessary evil. The former Black Star MC, who just released his collaborative album The Seven with Styles P, believes we don’t have the “luxury” to not address the toxic comments from strangers online anymore.

“In 2017, when people are spending their whole lives online, we cannot ignore bigotry on an online space,” Kweli tells HipHopDX. “Acting as if it’s harmless is an asinine concept. When online trolls, who put out fake news or fake information, and quite possibly affected the election where Trump could win because of it, that tells me we can’t ignore it. That tells me we’re not in a position to say, ‘Oh that’s just a troll, it’s harmless. It’s not real.’”

In light of events like the Manchester bombing or the stabbing death of a Portland, Oregon man allegedly trying to defend two Muslim girls, the Brooklyn Hip Hop vet is asking the right questions intentionally, giving racist people the space to actually unmask themselves.

“I have questions designed to expose their mentality,” he explains. “I say, ‘Tell me why … explain yourself.’ I ask them questions I know they can’t answer and the more they try to explain a racist statement … the only thing you can really say is ‘Ok I fucked up,’ but when you try to explain it, the more racist you’re going to become. That’s what triggers them — having to explain their bullshit. Then often, they get more and more racist to the point where they start threatening people.”

Kweli has also been accused of “making racism happen” as recently as last week, which to anyone with a basic knowledge of American history is something virtually impossible.

“It starts off with them saying, ‘Hey I’m not racist’ and they’re mad they got called a white boy,” he says. “It ends with them saying, ‘Fuck all niggas, I am going to come to your house and kill you. That’s how it goes a lot. You just have to ask questions. They’ll get to the heart of the matter.

“Someone told me last week, ‘Your tweets make people want to be racist,'” he adds. “But I’m laughing all the time. People assume because my tweets stress people out that I’m stressed out. I’m over here having a great time.”

In 2014, Kweli was asked to appear on CNN to discuss the Ferguson, Missouri riots with host Don Lemon, but the two ended up getting in a heated discussion after Kweli said he thought media was doing a “horrible job” with coverage. It almost ended with Kweli walking off set, but they were able to come to a peaceful resolution and shook hands as they parted. The appearance made it clear Kweli is passionate about voicing his beliefs no matter what — and that includes online.

Last year, when he was asked about his thoughts on actress Zoe Saldana playing Nina Simone in the biopic about the late singer’s life, Nina, he (once again) didn’t shy away from giving his opinion, especially to those who were ranting about Saldana donning “black face” to play the role, proving he’s never afraid to go against the grain, even when Twitter is ganging up on him.

As the creator behind weighty songs such as “Get By,” “The Proud” and “Hostile Gospel,” the outspoken MC is not going to turn a blind eye to the abusive and aggressive nature of some of the tweets floating out there in cyberspace — no matter who they come from. While he says he comes from “an era where people would punch you in the face in real life,” he will stand in solidarity with those who feel they are being cyberbullied.

“I have a hard time wrapping my head around cyberbullying being a real threat, but I’ve never had that personally affect my life, so I don’t question it,” he says. “You talk about cyberbullying? Ok, I guess so, but that sounds insensitive, but then if I say a troll is saying he’s going to kill my family and drape a confederate flag over my grave, I’m supposed to ignore that? You’re telling me to ignore these white supremacists when they’re a direct threat to my life? Nah.”