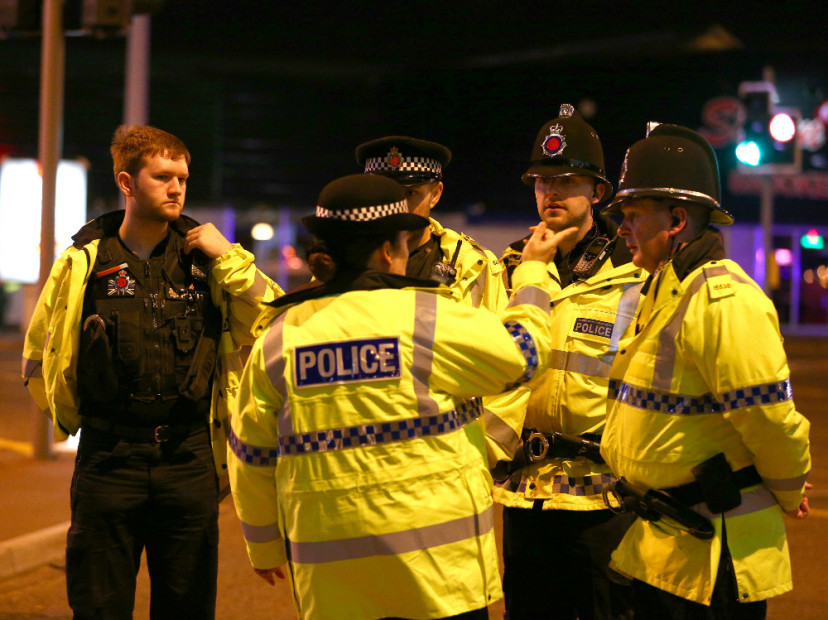 At least 19 people are dead and hundreds more have suffered injuries following a possible suicide bombing after an Ariana Grande concert in Manchester, England. Multiple loud bangs were heard at the Manchester Arena on Monday night (May 22), according to NBC News.

Information is sparse at the moment, but law enforcement sources say there may have been two explosions. Preliminary reports indicate a single explosion took place outside the arena on the southwest side opposite the train station as people were exiting the venue.

Greater Manchester Police confirmed multiple casualties and injuries occurred. U.S. officials state that some of the deaths may have been caused by a stampede of concert attendees.

EXPLOSION AT MANCHESTER ARENA AND EVERYONE RAN OUT SO SCARY? pic.twitter.com/pJbUBoELtE

Ariana Grande and the other performers were reportedly unharmed. A rep for Grande issued a statement to assuage fans’ fears.

“Ariana is okay,” the representative said. “We are further investigating what happened.”

Boston rapper Bia, who opened up for Grande, also let her Twitter followers know she was fine following the incident.

She deleted the initial tweet, but then sent out well wishes to concert attendees.

Praying for everyone tonight please gets home safe ???

Several people took to Twitter to share their thoughts and prayers are with the city of Manchester. Nicki Minaj — who has collaborated with Ariana Grande before —Chuck D, TM88, Dreamville’s Elite and more offered their condolences to those affected by the tragedy.

My heart hurts for my sister, Ariana & every family affected by this tragic event in the U.K. Innocent lives lost. I'm so sorry to hear this

Much Prayer and Godspeed to Manchester UK. . A place and people I long HAVE considered as 'homefolk' in my many visits there of support …

Prayers go out to Manchester ??

What happened in Manchester is so horrific. Thoughts go out to the families of the people that were killed and injured

My heart is with you Manchester, sending ❤️

Prayers for Manchester, those kids and their families. Truly a nightmare. ?

Its heartbreaking to see so many killed & injured. Kids lost & separated from their families. Pray for Manchester ??

We're deeply saddened to learn of tonight's devastating event in Manchester. Our thoughts & prayers are with those affected by this tragedy.

So sad to hear about Manchester. Prayers up for the first responders out there.

HipHopDX sends its condolences to the families and friends of those who were killed in the Manchester bombing.