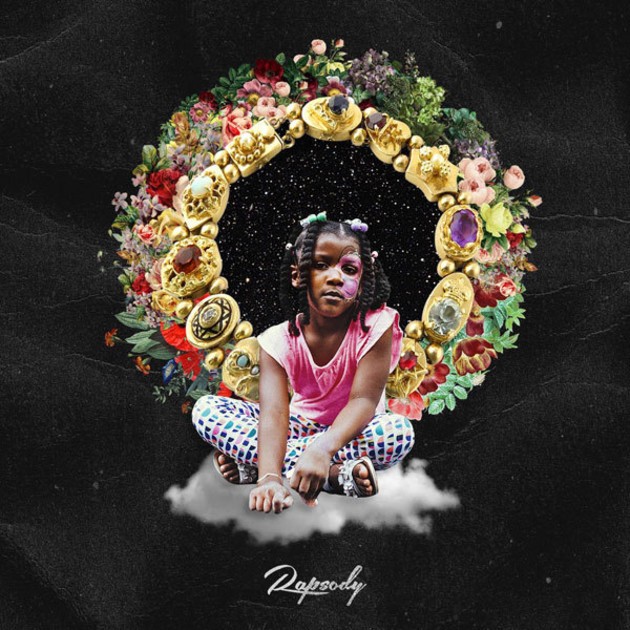 Rapsody, the polar opposite of low-frequency acts mimicking trends and selling empty fantasy, shifts the paradigm by centering Laila’s Wisdom around self-love without a shred of arrogance.

With so much new music being released, many artists don’t stand a chance at wide embrace without a number of stars aligning. The cusp of Rapsody’s breakout is owed to years of grinding combined with lyrical talent, a noticeable chasm in the game as it pertains to women delivering substance, and 9th Wonder using his Jamla imprint’s resources to prop her up in lieu of more commercial opportunities. With last year’s well-received Crown EP setting the wheels in motion for her ascent, Laila’s Wisdom is Rapsody’s sophomore LP and her biggest look to date thanks to an alliance with Roc Nation.

Finally given a grand platform to showcase her passion for the pen, Rapsody designs Laila’s Wisdom as a dedication to the departed maternal grandmother greatly responsible for influencing her maturation. The title track, based around a sample of Aretha Franklin’s “(To Be) Young, Gifted And Black” cover, sets the pace for an album that gives off reminders of Hip Hop purity for old heads while resonating with women from all walks of life. Rapsody prophesies her rise to greatness with a conversational poise similar to the one used by her idol-turned-benefactor JAY-Z on 4:44’s “Kill Jay Z.”

Anthemic in nature, “Power” bridges 9th Wonder’s standard boom-bap with ‘70s funk, as Rapsody conceptually breaks down how the topic at hand is used to instill fear and inspire joy while occasionally being the driving factor behind poor life decisions. Never one to resist an impactful cameo verse, Kendrick Lamar continues his momentum from DAMN. here by sticking to his script where trash talk and boasts of success are leveled out by humility under the watchful eye of God. This could be taken as a bookend companion to their fruitful collaboration on To Pimp A Butterfly’s “Complexion” as the two switch orders of appearance. “Pay Up” also continues the blueprint laid on King Kendrick’s 2015 masterpiece with a live guitar and keys backing Rapsody’s tales of how money and the lack thereof rules the worlds of gold diggers and shiftless men alike.

While moments like the lengthy lyrical barrage of “You Should Know” more than prove Rapsody can hold her own, Laila’s Wisdom has her employ the talents of well-respected associates who contribute to her visions of elevation without ever being crutches. For the third time in under two years, her work with Anderson .Paak produces magic, this time on the mellow, soul-stirring “Nobody.” The album highlight features Rapsody examining the state of the world and her place as an artist, with Black Thought playing cleanup to show he still deserves consideration among today’s most respected active spitters.

Rapsody evolves on this latest album — increasingly comfortable revealing a wide range of personal facets while developing into an apt storyteller. A devout tomboy on wax for most of her career to date, with “Sassy” she playfully flashes glimpses of her feminine side amid honoring early ’80s B-boy culture. “A Rollercoaster Jam Called Love” explores romance over the course of three changing segments, covering prerequisites for a healthy relationship meant to stand the test of time.

In a similar vein, “Knock On My Door” has her struggling against sins of the flesh in attempts of wooing a neighbor, all the while keeping things ladylike. On the contrary, “Black & Ugly” unearths the hard-fought journey of overcoming prior physical insecurities. The somber “Jesus Coming” covers the perspectives of a teen who becomes a casualty of street warfare, his closest relatives and a soldier who dies in the line of fire.

Though topically disparate, all of the aforementioned songs cohesively amount to the potential for a musical renaissance where Rap drenched in authentic R&B and soul can once again tap into the heartfelt emotions of everyday listeners. Even with some ideas that aren’t fully actualized, Laila’s Wisdom places Rapsody within the pantheon of Hip Hop freedom fighters whose grave urgency is a necessity while the world is in a chaotic state of flux.