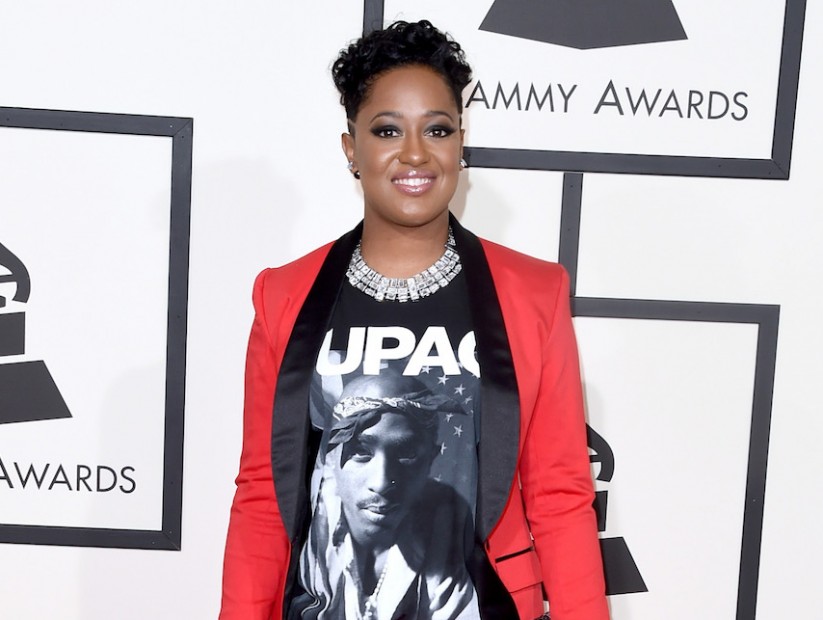 The racially charged messages of Kendrick Lamar’s earth shattering To Pimp a Butterfly pointed the finger at institutionalized racism and issues of police brutality among others. However, K.Dot also took some time to reflect on internal issues of African Americans. One included the light skinned vs. dark skinned problems with colorism through “Complexion (Zulu Love).” The biggest surprise came through the spectacularly poignant guest verse from Rapsody where she spit quotable bars including “Enforcin’ my dark side like a young George Lucas / Light don’t mean you smart, bein’ dark don’t make you stupid” and “Yeah, baby, I’m conscious, ain’t no contest / If you like it, I love it, all your earth tones been blessed.” And, just like that, she elevated from one of Hip Hop’s best lesser known individuals to mainstream exposure.

Since then, Marlanna Evans got a serious co-sign from Dr. Dre and more recently received a GRAMMY Award for Best Rap Album through probably one of the most socially important feature spots 2015 had to offer. A few days later, HipHopDX gets a chance to speak with Rapsody about attending the prestigious ceremony, meeting Dr. Dre for the first time and an album executive produced by 9th Wonder and Terrace Martin.

“Man it feels good. I think I’m still trying to process it. I don’t think it’s going to hit me until it’s in my hand. I think it’s really dope. The fact that my whole team is inspired and proud so that’s dope. It’s really hard to put in words. To come from where I come from and I can look back at the whole journey. Ever since I got the call from Kendrick, I’ve been on a non-stop road. You don’t even see it coming. To top of the year with this is like everything coming full circle. You go through the whole thing of getting your outfit together which is something in itself, especially for women. That was fun. Then we got there a week early and did something different every day. That morning of The GRAMMY(s), three of my homegirls flew out with me, they all jumped in the bed with me and were like, “this is just like your wedding day.” It’s been a good, crazy experience. You get there dressed up, I had no idea what to expect. My first time going and ever being nominated. You go in and it’s all the cameras on you. You’re like ‘Oh My God,’ it’s about to get real. It’s just dope to work that hard and get acknowledged through Kendrick and later get an award. It’s just crazy good energy and non-stop smiles.”

“I definitely went through that phase [of being caught up in skin tones]. I didn’t understand that phase because I was young. My sister told me stories and I don’t remember them, but I know she’s not lying. She told me that she remembered me telling her that I wanted to be white. My sister is seven years older than me and she remembers asking me, “why you wanna be white?”  As a kid, a lot of the TV shows and commercials you see, it’s the image that white is better I guess. I had a friend hit me on Facebook from first grade and we were talking about Black Lives Matter along with everything going on in America. She was saying, “I’m proud of you because I remember we were sitting at lunch and I remember you saying you wanted to be a white girl.” I’m like I didn’t remember that either, but these are real stories. Feeling like my skin tone didn’t make me good enough. I had pride in myself but didn’t like going outside and playing too long in the sun cause you don’t want to get too black and get joked on.  And this is already coming from the place of not feeling good enough compared to how dark or light your skin tone is. Then there’s seeing guys always seeming to want the redbone or light skinned girls with the “good hair.” And you know that’s not true, there’s no such thing as good or bad hair, just healthy hair. When I got into music through the likes of Queen Latifah, MC Lyte and especially Lauryn Hill along with watching shows like The Cosby Show and A Different World. I learned I am good enough and black is beautiful. Learning where I come from and the culture all influenced me. That turned my world around to what it’s supposed to be. That’s how it helped me. Also, having older sisters to check me and being around strong black women.”

“It happens now. I look at my little niece when she’s six-years-old now, but I remember when she was three and four. I tell this story a lot in interviews. I remember taking her to get a Barbie and she would never want the black one. It just happens. It’s not taught, but just living in America and they force this idea on you as a little black child or little black girl that white is beautiful. That’s what happens. The good thing is that she has a good community around her and she loves her hair and black Barbies. That’s what it is.”

“Ever since January 11 of last year, it’s been a road. I didn’t see that coming. We went out to LA to work with Terrace Martin on the album and Wyann The Voice Of Reason who does The Pharmacy show with Dre and me are good friends. I met her through Terrace a couple of years ago. She said she was at the studio and wanted to see me. I had no idea I was going to meet Dre or what. I get there and start talking to her. Then Dr. Dre and DJ Premier walk in through opposite doors at the same time. I was like oh shit. The messed up thing was that I didn’t know who to speak to first. Like me and Premier are close, but I’m Dre’s house and I didn’t want to be disrespectful. So Premo started joking with me first and I went and hugged him and then introduced myself to Dre. I had my camera guy with me and I didn’t want to come with the camera on in his house. I just wanted to ask first, but before I could ask, he looked at me and asked was the camera on. Then Dre was like come here and that’s when he did the shout out. You never know who’s listening to you. That was crazy so we talked for a little bit and they were working on in-between parts for the Beats show. They were playing this Lauryn Hill joint and Dre was like he had time for anyone to do a drop or spit a rhyme. When he said rhyme, everyone in the room pointed at me. I was like yup, OK. You have a moment, I’m about to rhyme in front of Dr. Dre during the first time meeting him. You snap out of it because when you practice for the moment, it’s like practicing free-throws a hundred times a day. When it gets to game time, you’ve done it so much to where it’s nothing. That’s what it is. Dre is cool, laid back and humble. He didn’t make me feel nervous about it. He has the same qualities I’ve seen in 9th working with him all these years. He’s a teacher first and just gives you game and advice. That’s what I loved about the whole experience.”

With this one, soundwise, it’s a lot bigger which comes from Terrace. It’s still 9th Wonder and The Soul Council producing as well. Terrace brings that musicality and makes things sound bigger which is a step above everything else. Two, I experimented more with sound. Rapping over soulful beats is my thing and that’s still on it, but I went out of my comfort zone too. Not comfort zone where it’s forced, but trying something different. We tried some different energies and sounds for this one. I’m even singing a little bit. I went in every day at the studio and did whatever I felt. Some things made it and some things didn’t. I think what’s taken so long to finish is that I want to put 40 tracks on the project, but I can’t so I’m cutting it down. Just me as an artist playing with my voice a lot more and using it as an instrument. I’m learning more and more about that every year. Those are something that makes this project a lot different from the older ones. I’m really excited about it. I played it for a few people and everyone talks about the growth. If people hear a project and they say I’m growing, then I’m happy.

Update: An earlier version of the story indicated that Rapsody was a GRAMMY winner. While she will receive a GRAMMY Award for her contribution to Lamar’s To Pimp a Butterfly Best Rap Album win, only winners in genre album categories are the artist, producer & engineer/mixer of 51% or more playing time of the album.