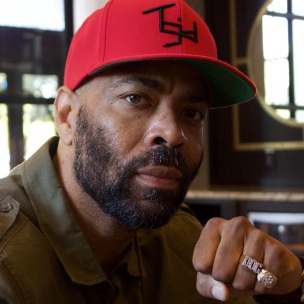 The D.O.C. reveals that he has a fallout with Dr. Dre every few years, says they’re “monumental.”

While speaking with Vlad TV, The D.O.C. touched on his relationship with producer/rapper, Dr. Dre. The Los Angeles lyricist explained that the two have had their fair share of rocky moments in their friendship.

In regards to their fallouts, The D.O.C. says they primarily stemmed from his financial situation. Additionally, he revealed that he lived with Dr. Dre most of his life, and when he did have money, it was usually Dre’s.

“Me and Dre, we have a falling out every couple of years,” The D.O.C. said. “And they’re always monumental. That falling out precipitated Helter Skelter…It was because everybody had money, cars clothes, and I didn’t. And I charged him up. We got into it behind that. And he let me know some real truths about business. And I wasn’t prepared to hear it because I was still floundering…I can spend money anytime I want. I still live in the best houses. Drive the flyest cars, but none of it’s mine…I was using Dre’s money. If I needed some money I’d just say ‘Hey bruh, I need some money.’ That gets a little old. But I was driving his Ferrari everywhere. Wherever he lived, I lived. It was a great life. I lived with Dre most of my life…I lived with Snoop for a time cause me and Dre was feuding. Otherwise, I’d be living with Dre.”

“We hooked back up,” he said. “This is right after Eminem had showed up. And I went over his house and he said ‘I wanna play you something.’ And he played me a record called ‘Just Don’t Give A Fuck.’ And he was like ‘What do you think about him?’ I was like ‘That mothafucka’s cold. Wow. This dude is dope.’ And then he showed me his picture. And I was like ‘Wow. You did it again.’ Like how does this happen? Cause that was it. You can’t get no better than that.”

Video of The D.O.C. speaking on his fallouts with Dr. Dre, and listening to Eminem for the first time, can be found below.

For additional The D.O.C. coverage, watch the following DX Daily: