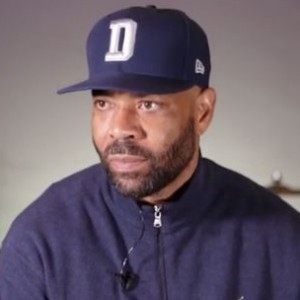 The D.O.C. Reveals Why His Paperwork Wasn’t In Order For Dr. Dre’s “The Chronic”

The D.O.C. reveals that he doesn’t blame Dr. Dre for his paperwork not being in order for his contributions to Dre’s The Chronic.

During an interview with Vlad TV, The D.O.C. spoke on the records he co-wrote on Dr. Dre’s debut album, The Chronic. After speaking on his contributions to records like “Bitches Ain’t Shit” and “Nuthin’ But A G Thang,” The D.O.C. revealed that he never got his paperwork in order for the album.

The rapper went on to reveal that he’s the only one to blame for his paperwork issues.

“It’s not about them,” The D.O.C. said. “It’s about me. I’m drinking every day. I’m probably doing drugs every day…The struggle was being so close to it, and not being able to touch it. By putting all my energy and effort into its blossoming. And not being able to enjoy the smell of it…Dre is his own man. And he was dealing with his own demons. And his path was his own. My path was my own. It wasn’t Dre’s place to take care of a grown man, bro. Yes, he could have did that and that is what it is, but I can’t sit here and say that I feel some kind of way.”

The D.O.C. later shared that “Nuthin’ But A G Thang” served as one of the first times he worked with Snoop Dogg.

“That was a good one,” he said. “That was one of the first records that Snoop and I worked together on. Where it was me imparting, if you will, to him the formula, for lack of a better way. By that time, the competition phase had passed. My voice was gone. Artists like Snoop are super hard to come by…I knew when we wrote the record. That’s why I told Snoop to put my name. I was gonna make that video. ‘Put my name right there.’ Dre hates that. ‘Why you always got your name in a record?’ ‘Come on, man. I gotta get in how I fit in.’”

Video of The D.O.C. speaking on his paperwork issues with Dr. Dre’s The Chronic, can be found below.