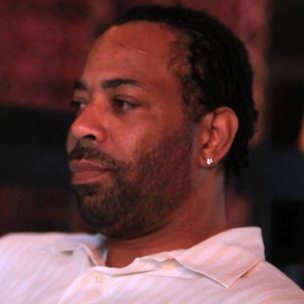 The D.O.C. Speaks On N.W.A’s Impact On Gang Culture

The DOC says N.W.A’s music was merely a portrayal of what was going on in their city, during that time.

While speaking with Vlad TV, Dallas, Texas-born rapper, The DOC was asked about the impact N.W.A had on gang culture. During the interview, comments World Class Wreckin Cru founder, Alonzo Williams previously made about everyone becoming a gangster once N.W.A came out, were mentioned.

According to The DOC, N.W.A rapped about what was already being glorified in the community.

“When I was coming up it was coming out of that era where the four corners were peace, love, unity, and having fun,” The DOC said. “Now we’re moving into the era where it’s all about money. And the four corners is just money, money, money, and money. The drugs have entered into the neighborhoods. The kids are seeing the guys having money. It’s about the money. So, the glorification, for lack of a better way of putting it, of that kind of thing was popular. It’s just like Goodfellas. Who didn’t watch Goodfellas and then want to go outside and be the goodfella?”

Later in the interview, The DOC shared his belief that those who rap about a gangster lifestyle are still being pushed by “the machine.” He did credit Kendrick Lamar, J. Cole, and Big Sean for “bringing consciousness” back to Hip Hop while still remaining somewhat gritty.

“Who’s to say that just the drugs that they pumped into these kids’ neighborhoods wouldn’t be enough,” he said. “Because it was plenty of killings and gang stuff before the music. Because of that money that was made by that dope…It was a soundtrack because that’s what was going on. The music didn’t make the event. The event caused the music…The machine doesn’t help. The machine pushes those guys. And you don’t get a lot of Kendricks, but there’s got to be a lot of ‘em out there. It’s got to be…Those guys are bringing consciousness on a different level back to their production. And even though it’s not as dirty, it’s kinda dirty.”

Video of The DOC speaking on N.W.A’s impact on gang culture, can be found below.